Militants overran parts of the city of Samarra in northern Iraq, Iraqi helicopters bombed the city 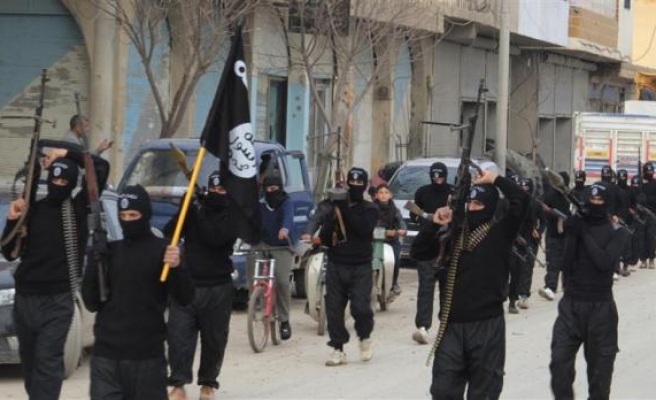 Iraqi helicopters bombed the city of Samarra after militants overran parts of it early on Thursday, bringing them within striking distance of a Shi'ite shrine the destruction of which in a 2006 attack unleashed a bitter sectarian war.

The offensive is part of an escalating conflict between Iraq's Shi'ite Muslim-led government and Sunni  militants who have been regaining momentum in the past year, particularly in the west of the country bordering Syria.

The Iraqi army and SWAT forces had regained control in Samarra, killing dozens and forcing the rest to retreat from the city after they moved in overnight, the Samarra Operations Command said.

Militants advanced on Samarra in pick-up trucks, raiding checkpoints along the way and blowing up a police station in an attack that killed several policemen, security sources said.

After entering the city from the east and west, they seized control of the municipality building and university, raising the black flag of the 'Islamic State in Iraq and the Levant' (ISIL) over both buildings, police said.

They also occupied Samarra's two largest mosques and announced the "liberation" of the city via loudspeaker, urging residents to join their jihad (holy war) against the government.

Officials said the militants had come within about two kilometres of the Askari shrine, whose destruction by insurgents in 2006 set off the worst bout of Sunni-Shi'ite violence to follow the U.S.-led invasion of 2003.

A curfew has been imposed on the city and reinforcements were sent up from Baghdad, arriving shortly after noon on Thursday.

Police and medical sources said 12 policemen had been killed. There were also civilians among the dead, but the exact number was still unclear.

A security officer in Salahuddin Operations Command described the situation in the city as very dangerous and said the rebels, armed with RPGs and snipers, were targeting command centres near the Askari shrine, which is protected by three security belts.

In January, insurgents overran two cities in the western province of Anbar, which borders the region of Salahuddin where Samarra is located.

"The security situation is so fragile now in Salahuddin and we don't rule out that the insurgents will expand further," said provincial council member Sabhan Mulla Chiad. "I am not optimistic at all."

A curfew was also declared in Baiji, around 100 km northwest from Samarra, in anticipation of a further advance by the insurgents, while clashes erupted in the town of Sulaiman Beg, which was briefly overrun by militants earlier this year.

Chiad said that even if the Iraqi army succeeded in re-taking Samarra, the insurgents would simply pull back to the outskirts, and other parts of Salahuddin would remain under threat.