Iraqi National Museum has found more than 600 missing artefacts stashed away in a storeroom of the prime minister's office, officials said 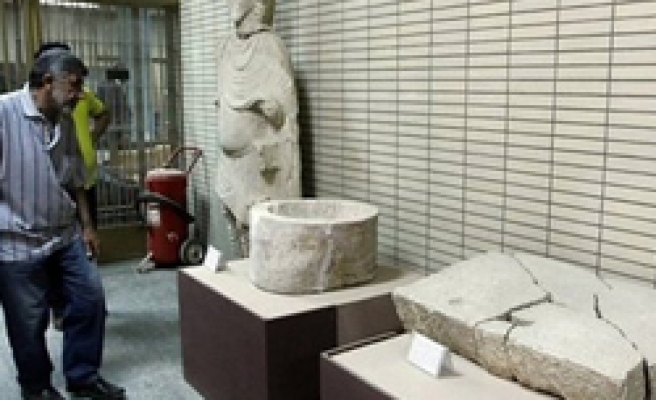 The Iraqi National Museum has found more than 600 missing artefacts stashed away in a storeroom of the prime minister's office, two years after the U.S. government returned them to Iraq, officials said on Monday.

Most of the artefacts were among some 15,000 relics looted during the chaos that followed the 2003 U.S.-led occupation.

The 638 pieces were recovered, handed over to the premier's office, and promptly lost again, officials said.

"We found these artefacts in one of the storerooms of the prime minister's office along with some kitchen appliances. When we opened the boxes we found them," Qahtan al-Jibouri, Iraq's Minister of Tourism and Antiquities, said.

Iraq, regarded by some historians as the cradle of civilisation, lost part of its national heritage to widespread looting that became a powerful symbol of the breakdown of order following the 2003 invasion.

Two weeks ago, Iraqi officials announced they had recovered more than 500 other artefacts, including the headless statue of Sumerian king Entemena and a chrome-plated AK-47 that belonged to Saddam.

The latest stash include clay slabs, glass cups, rosary beads and other relics from different periods in Mesopotamian history, as well as a Sumarian statue bearing cuneiform writing that was stolen in the 1990s.

Officials said the boxes of artefacts were simply delivered to the wrong office two years ago. They had not been opened and none of the relics had been damaged.

"It is ... a misunderstanding between U.S. and Iraq governments. They were supposed to be delivered to the Ministry of Foreign Affairs or the museums, but in error they were shipped to the prime minister's office," Qais Hussein, the head of Iraq's antiquities commission, said.

Hussein said the commission is working on a project to improve protection of Iraq's 21,000 archaeological sites through satellite monitoring.

But "these measures are not sufficient because it is a supervision project and it does not protect the antiquities," he said. "We demand the Iraqi government provide guards to protect Iraq's antiquities ... Increasing the number of guards will certainly stop the process of stealing our antiquities."