Iraq forces in major push against ISIL in Anbar 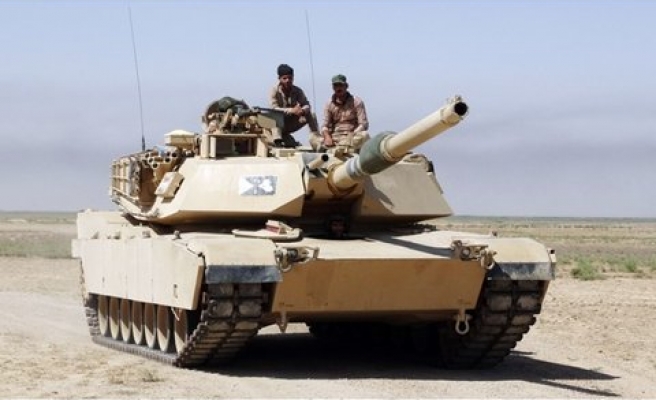 Iraqi forces have launched a broad offensive to retake the city of Hit from ISIL in the western province of Anbar, a top commander said Saturday.

Led by the elite Counter-Terrorism Service, forces from the police, army and local tribal fighters were making a final push to retake Hit, 145 kilometres (90 miles) west of Baghdad.

"They have begun a broad operation to liberate Hit and Kubaysa," Major General Ali Ibrahim Daboun, the head of the Al-Jazeera Operations Command, told AFP.

Kubaysa is a smaller town a few miles west of Hit, which the rebels have controlled since October 2014.

Al-Asad military air base, which houses a large contingent of US and other foreign military advisers, lies around 35 kilometres northwest of Hit.

Aid agencies have voiced concern over the fate of an estimated 35,000 civilians who have fled Hit and its surroundings in the run-up to this latest military offensive.

The International Committee of the Red Cross said late Friday that thousands of freshly displaced people were stranded in areas where very little assistance is available.

The organisation said it was able to deliver aid for the first time on Friday to around 12,000 people west of Ramadi.

"We don't know how they managed to survive. Repeated access is crucial in order to help the remaining thousands of people who urgently need humanitarian aid," said Katharina Ritz, head of the ICRC delegation in Iraq.

IS still controls vast areas of Anbar province near the borders with Jordan and Syria, as well as the city of Fallujah, which is only 50 kilometres from Baghdad.