The army general in command in the province said he had ordered the militias away from the front line after they torched two houses of Sunni villagers. 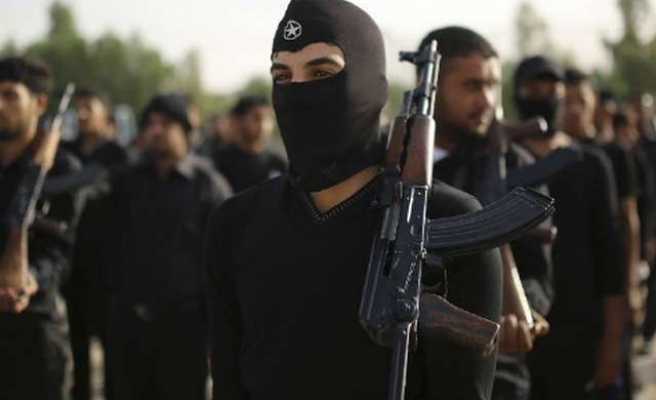 Iraqi government troops have ordered Shi'ite militias to stay back from the front lines to reduce hostility from villagers as they advance into Sunni areas held by ISIL fighters.

The Shi'ite militias played an important role halting the dramatic advance by ISIL fighters through northern Iraq in June, when Iraq's army crumbled. Since then they have received the endorsement of the government.

But their presence frightens and angers many Sunnis who believe they have carried out killings and kidnappings with impunity, which the militias deny.

Winning the support of the local population is seen as crucial to defeating the ISIL fighters, but a difficult task as long as the feared Shi'ite militias are playing a prominent role on the battlefield.

Government forces, now supported by U.S.-led air strikes, are advancing this week into the city of Baiji, held by ISIL fighters who have also besieged Iraq's biggest oil refinery nearby.

The army general in command in the province said he had ordered the militias away from the front line after they torched two houses of Sunni villagers.

"We decided to remove the militias from front lines and assign them duties like holding ground behind attacking security forces," Lieutenant-General Abdul Wahab al-Saidi told Reuters by telephone.

A major who was at the scene said Shi'ite army officers confronted the Shi'ite militiamen after the houses were torched, and shots were fired by both sides. Police sources confirmed that account, by Major Saadi Hamdan.

Hamdan said the order to move the militia fighters away from the front had already paid off in improved cooperation with the local villagers.

"Many people have started to call us and give us locations where terrorists are hiding and the places where they hide the car bombs," said Hamdan. "The wrong practices of militias, such as burning houses, could send the wrong message to the residents that they might become a target for the militia after liberating the city."

Abu Marwa, a farmer in the area, said many locals had embraced ISIL when the fighters initially arrived, because they promised to help defend the area from the militias and the Shi'ite-led Baghdad government.

"We were very pleased because we were living under the mercy of sectarian government forces. But those joyful feelings didn't last for too long," he said by telephone.

"Many people were executed by ISIL because they were members of the police or army. More blood of the innocents was flowing now than under government troops."

A victory in Baiji would be a psychological boost for the army after its collapse in the north in June.

Unusual alliances appear to be emerging. Sunni tribal chief Hamid al-Qaisi leads about 100 men who fight alongside government forces. Qaisi said he also teams up with Shi'ite militias who give his fighters weapons, but agrees they should not spearhead operations.

"Almost all the arms we are using now against ISIL were given to us by the militias," he said.