'Give us the oil and I will give every employee in Kurdistan (their) salary,' Haider al-Abadi says 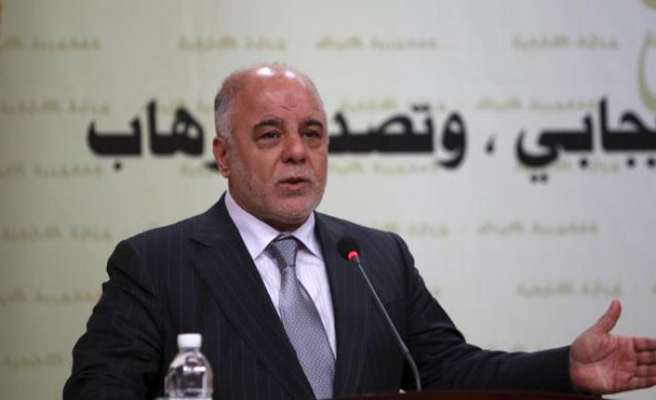 Iraq's autonomous Kurdistan region, facing a financial crisis due to low oil prices, has announced its employees will be paid partial salaries until further notice and that months of unpaid wages will be considered loans to the government.

"Give us the oil and I will give every employee in Kurdistan (their) salary," Abadi said in an interview with Iraqiya state television.

Iraqi Kurdistan has been independently exporting crude via Turkey from northern territory it controls since a deal with Baghdad on oil and revenue-sharing collapsed last year, a move the federal government considers illegal.

Abadi, who has previously put Kurdistan's oil exports at over 600,000 barrels per day, said this amounts to the region's share of the federal budget, which Baghdad is withholding.

"Exports from the region represent around 16 percent of the oil exported... from all Iraq, so the region has obtained its (share of the) budget," he said.

The Kurdish austerity measures have sparked widespread anger among regional government employees, some of whom have protested or gone on strike.

Massud Barzani, the region's de facto president, has called for a referendum on independence, but Kurdistan's financial woes effectively rule out a viable state for now.

Abadi has said he hopes Kurdistan will remain part of Iraq.

As the Iraqi premier grapples with a dire budget crisis caused mostly by the collapse of oil prices, he also vowed to crack down on "ghost fighters" in the Hashed al-Shaabi, or Popular Mobilisation units.

These pro-government paramilitaries forces are nominally under his control but are dominated by Tehran-backed Shiite militias.

"We have the financial provisions, but they increased their numbers beyond that," Abadi said of the fighters' salaries.

"Those fighting on the frontline are not getting paid because those sitting at home are. Is that fair?" he asked.

"I must support the real fighters of the Hashed al-Shaabi," he said.

Abadi did not specify the number of "ghost fighters" but an adviser to his office said earlier this month that only around half of the estimated 120,000 Hashed members were active fighters.

Hashed al-Shaabi volunteer fighters, who played a major role in halting a sweeping offensive by the ISIL group in 2014 and later in pushing the extremists back, have since been officially incorporated into the security apparatus.

Some high-profile Hashed al-Shaabi commanders are political rivals of Abadi.