Iraq PM pushes back against deadline for new cabinet 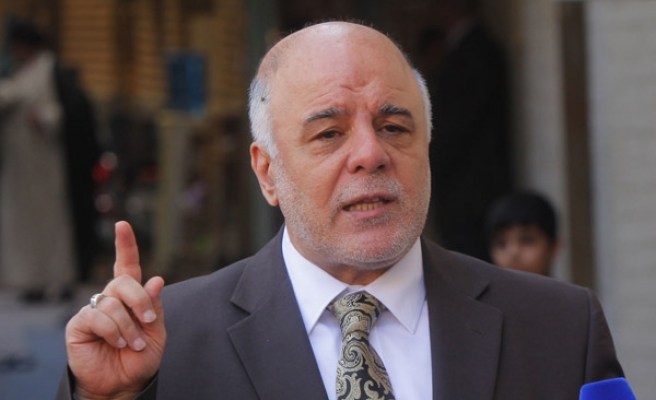 Iraqi Prime Minister Haider al-Abadi called Tuesday for parliament to support or reject his calls for a technocratic government, pushing back against a looming deadline for a new cabinet line-up.

"It is not wise to present a ministerial line-up that faces rejection by parliament," Abadi said in televised remarks, calling on lawmakers to clarify their position.

Abadi has repeatedly called for the current cabinet of party-affiliated ministers to be replaced with technocrats, but has faced resistance from powerful blocs and their ministers who rely on ministries for patronage and financial gain.

Lawmakers voted to give the embattled premier until Thursday to present a new cabinet line-up, with the speaker's office terming it "the final deadline".

With his remarks on Tuesday, the premier apparently aimed to put the onus back on parliament, leaving it up to lawmakers to act so the process can move forward.

Abadi is also under pressure from powerful Shiite cleric Moqtada al-Sadr, whose has orchestrated an 11-day sit-in at entrances to Baghdad's heavily fortified Green Zone, where the government is headquartered.

Sadr had warned his supporters would storm the Green Zone if Abadi failed to present a line-up of technocrats.

But buying Abadi a little more time, Sadr entered the Green Zone alone on Sunday, asking his supporters to remain outside the perimeter.

Iraq withdrew significant forces involved in the fight against the ISIL group, which overran large areas in 2014, in order to increase security in Baghdad during the protests, according to military officers.

Abadi implicitly called for Sadr's sit-in to end on security grounds, saying the country's forces were under "major pressure".

"We call on all our people and their political forces to consider that and reduce the pressure on the armed forces," the premier said.

The scion of an influential clerical family from the holy city of Najaf, Sadr first made a name for himself at the age of 30 as a vociferous anti-American cleric who raised a rebellion.

His influence ebbed after the 2011 US pullout but he retained strong support among the lower classes and is now casting himself as the champion of the fight against graft.