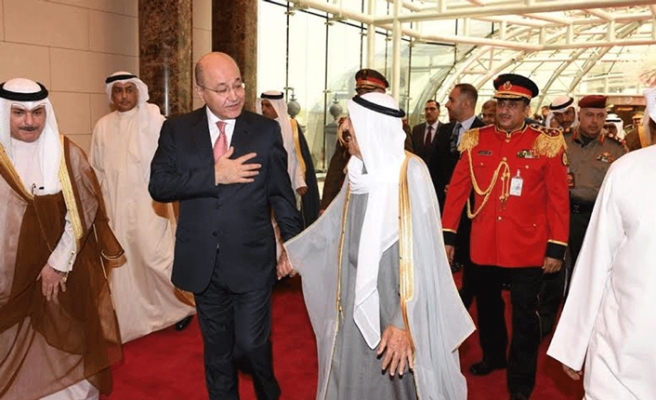 Iraqi President Barham Salih left Kuwait on Monday en route to the United Arab Emirates (UAE) on the second leg of a Gulf tour, according to a presidential statement.

The Gulf tour is the first by the new Iraqi president since he took office last month.

The Iraqi Presidency said the visits to Kuwait and the UAE came upon official invitations from the leaders of the two states.

Since the fall of the former Iraqi regime in 2003, the Gulf countries have been maintaining cautious ties with Baghdad because of its close relations with Iran.

Iraq seeks support to reconstruct the country, especially areas affect by the war against the Daesh terrorist group between 2014 and 2017.

Under the former regime of Saddam Hussein, Iraq had invaded Kuwait in 1990 before being forced out by a U.S.-led international coalition.