"When your colleagues dropped that bomb, they signed my death certificate," journalist James Foley said before being beheaded. 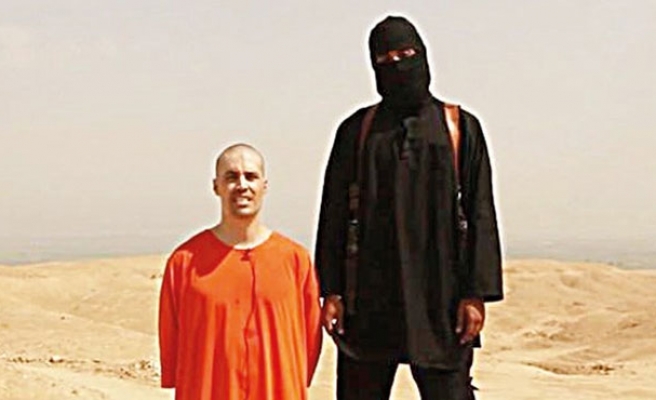 A video released on Tuesday purporting to show an American journalist being beheaded by militants from the self-styled 'Islamic State' militant group in Iraq, has "appalled" the U.S.

"If genuine, we are appalled by the brutal murder of an innocent American journalist and we express our deepest condolences to his family and friends," said White House National Security Council Spokeswoman Caitlin Hayden.

Militants identified the victim as James Foley, a freelance journalist who went missing in Syria in late 2012 while working for the Boston-based GlobalPost.

Hayden said U.S. intelligence is working to determine the authenticity of the video, which has been removed from the Internet.

The victim is shown reading a message, addressed to a brother supposedly in the U.S Air Force, stating U.S. airstrikes in Iraq were the reason for his death.

"When your colleagues dropped that bomb, they signed my death certificate," the message said.

Another missing journalist, thought to be Steven Joel Sotloff, was also pictured in the video as a threat that he could also be killed.

A militant speaking in a British accent addressed U.S. President Barack Obama saying: "any attempts from you, Obama, to deny Muslims their safety of living under the caliphate will result in the bloodshed of your people."

The U.S. have conducted dozens of airstrikes on I.S. militants in Iraq since August 7 in order to halt the militants gains, especially in northern Iraq.

Foley, 40, was kidnapped by armed men on Nov. 22, 2012, in northern Syria while on his way to the Turkish border, according to GlobalPost, a Boston-based online publication where Foley had worked as a freelancer. He had reported in the Middle East for five years and had been kidnapped and released in Libya.

Steven Sotloff, who appeared at the end of the video, went missing in northern Syria while reporting in July 2013. He has written for TIME among other news organizations.

On a Facebook page for Foley, a message from his mother Diane Foley said: "We have never been prouder of our son Jim. He gave his life trying to expose the world to the suffering of the Syrian people.

"We implore the kidnappers to spare the lives of the remaining hostages. Like Jim, they are innocents. They have no control over American government policy in Iraq, Syria or anywhere in the world."

ISIL also released a video on Tuesday that gave the strongest indication yet it might try to strike American targets. The video with the theme "breaking of the American cross" boasts the group will emerge victorious over "crusader" America.

It followed a video posted on Monday, warning of attacks on American targets if Washington strikes against its fighters in Iraq and Syria.