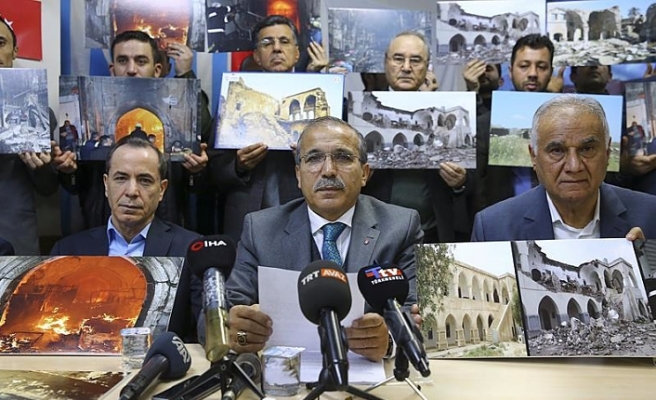 A fire in an Ottoman bazaar in Iraq's Kirkuk city was an act of arson, a Turkmen representative said Saturday.

Addressing a news conference Aydin Beyatli, head of the Federation of Turkmen Association, said: "The fire at Qaysari Bazaar, a vicious arson attack, was one of the crimes that aim to remove Turkish heritage in Iraq."

He pointed out that surveillance cameras were switched off when the attack took place.

Beyatli also called on the Iraqi government to protect Iraqi Turkmens, compensate the shopkeepers and restore the bazaar.

He also appreciated the Turkish Cooperation and Coordination Agency (TIKA) and the Turkish government for showing sensitivity on the issue.

A fire last Thursday gutted more than 400 shops in the Qaysari Bazaar.