Together the merged Shi'ite coalition has 159 seats in the new 325-seat parliament, four short of a majority. 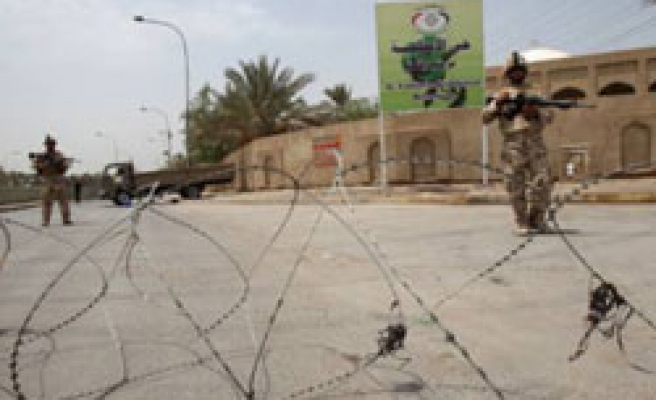 Iraq held a parliamentary election five months ago, but Iraqis are no closer to knowing who their next prime minister will be.

Maliki's State of Law bloc, which came second in the March 7 parliamentary election, and the third-placed Iraqi National Alliance (INA), announced their merger in June under a new name, National Alliance.

Together the merged Shi'ite coalition has 159 seats in the new 325-seat parliament, four short of a majority.

But the prime minister's post remains a stumbling bloc and talks to form a government have gone nowhere because of discord over Maliki's insistence for a second term.

"All parties of the INA have agreed that the obstacle is the insistence of nominating Maliki," Qusay al-Suhail, a senior member of the Sadrists political movement, a main faction of the INA, told Reuters on Sunday.

"That is why we demanded an alternative ... The INA's decision is unanimous."

On Saturday, Ahmed Chalabi, a member of the INA, said the Shi'ite merger is sticking together but left the door open for talks with other political blocs.

"We stress our adherence to the National Alliance as the biggest parliamentary bloc," Chalabi told a news conference, which was attended by representatives from the INA.

"We declare our openness to the political blocs that are willing to show flexibility and work with them ... to resolve the crisis of forming a national partnership government."

Many politicians have said it could be mid-September or later before a government is formed.

Washington is due to call a "formal stop" to combat operations for Iraq invasion and cut troop strength to 50,000 as of Aug. 31.