Security forces have foiled an attack of the ISIL terrorist group on the Qasr Hotel in Iraq's Kirkuk province. 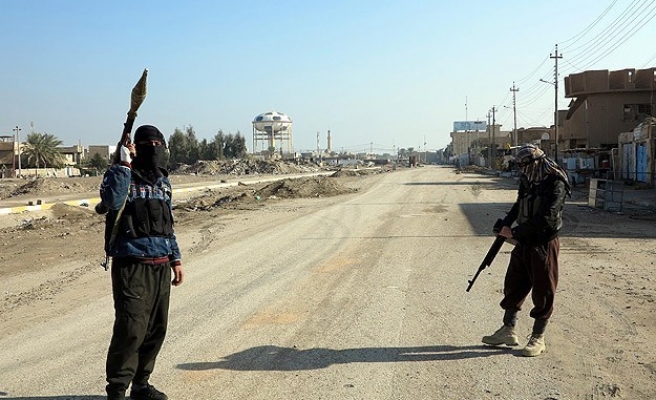 World Bulletin / News Desk
Kirkuk has issued a state curfew starting from 10am as a result of the twin suicide bomb attacks earlier this morning. Meanwhile, Meanwhile, the Iraqi Kurdish Regional Government President Massoud Barzani's Deputy Kosret Resul has arrived with his command brigaade in Kirkuk to support the peshmerga.
Security forces captured two suicide bombers before they could detonate their explosives at a hotel in Iraq’s Kirkuk province Friday, officials said.

However, there was a third bomber involved in the attack on the Qasr Hotel, who succeeded in exploding his vest, but apart from killing himself, he did not cause any civilian casualties.

All the bombers were said to be affiliated with ISIL terrorist group, the officials added.

Iraq has been gripped by a security vacuum since June 2014 when the ISIL stormed the northern province of Mosul and declared what it calls a caliphate in Iraq and Syria.