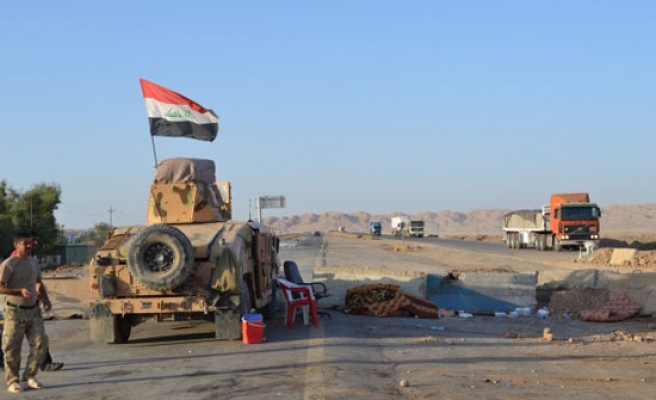 Iraqi authorities tightened security in several provinces on Monday after a suicide attack at a checkpoint south of Baghdad killed 61 people, security and medical officials said.

A truck packed with explosives was detonated by a suicide bomber at the main checkpoint guarding the northern entrance to the city of Hilla on Sunday, the deadliest such attack in Iraq this year.

"The death toll following the suicide attack has risen to 61, including 23 members of the security forces," a doctor at Babil province health directorate said.

Hilla, which lies around 80 kilometres (50 miles) south of Baghdad, is the capital of Babil province.

"There are four women and seven children among the dead," the doctor said, adding the number of wounded stood at 60, including eight women and five children.

A senior police officer from Babil Operations Command gave the same death toll but a slightly higher number of wounded.

Municipality vehicles were driving around Hilla calling through loudspeakers on residents to donate blood.

Security was tight in and around the city, a day after the bombing claimed by the ISIL group.

"There are serious security measures at all checkpoints around Baghdad following the suicide attack north of Hilla yesterday," a police colonel in the capital said.

A police officer at Babil Operations Command said 11 people were arrested in Jbala, a town 35 kilometres (22 miles) northeast of Hilla, as part of the probe into Sunday's attack.

It was not clear what the 11 were suspected of.

The number of suicide car bombs in the capital and in Shiite-dominated southern regions of Iraq has decreased in recent months.

Yet observers have warned that, as it continues to lose territory on the battlefield, ISIL will likely revert to its old tactics and ramp up bomb attacks against civilians.

The explosive charges used in the most recent suicide attacks in Baghdad appeared to have been smaller than that used in the truck bombing outside Hilla on Sunday.