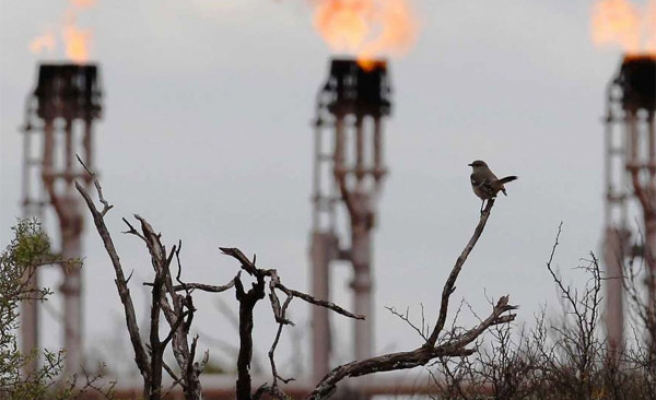 Iraq and Iran Friday agreed in principle to export Kirkuk oil to Iran, according to Iraqi oil ministry.

Iraqi Oil Minister Jabbar al-Luaibi said in a statement that 30,000-60,000 barrels of oil per day would be exported to Iran's Kermanshah province.

The deal was signed in Baghdad between Iraq's State Organization for Marketing of Oil (SOMO) and Iran, al-Luaibi said.

The amount of the export would be increased after pipelines were installed, he added.

Al-Luaibi said the oil would be trucked over Iraq’s border to Kermanshah.

“The [Iraqi] government aims to carry out oil and strategic projects with Turkey, Iran, Kuwait, Saudi Arabia and Syria,” al-Luaibi said, adding that the deal with Iran would be signed after technical and administrative aspects were settled.

Last month, Iraqi forces seized control of the oil fields in Kirkuk from the Kurdish Peshmerga forces, which took control of the disputed province in 2014.

The move came amid tension between Baghdad and the Kurdish Regional Government (KRG) over the controversial referendum on Sep. 25 for Kurdish independence.

Iraq is the second-largest crude oil producer in the Organization of the Petroleum Exporting Countries (OPEC) after Saudi Arabia, and holds the world's fifth-largest proven crude oil reserves after Venezuela, Saudi Arabia, Canada, and Iran, according to the U.S. Energy Information Administration (EIA).