A leader in a tribe, described the clashes as an uprising against ISIL in the city and called on the government and security forces to help residents who are fighting the extremists 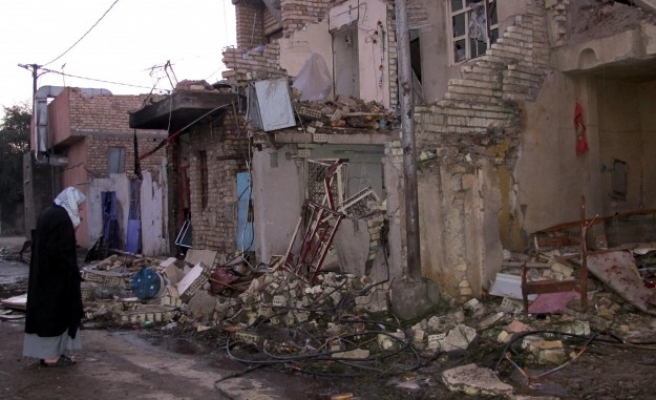 Rare clashes erupted Friday inside the extremist stronghold of Fallujah, west of Baghdad, between the ISIL group and Iraqi tribesmen, officials and a tribal leader said.

"Clashes took place between sons of the Al-Mahamda and Al-Juraisat tribes against the Al-Hisba group," Issa Sayir, the exiled official responsible for the Fallujah area, said.

A police lieutenant colonel gave a different account, saying the clashes started after Al-Hisba members accused a woman in Al-Nizaiza market in central Fallujah of misconduct because she had failed to cover her hands with gloves.

The officer said that members of a third tribe, Al-Halabsa, were also involved in the clashes against ISIL, and that sporadic fighting was ongoing.

Sheikh Majeed al-Juraisi, a leader in the Al-Juraisat tribe, described the clashes as an uprising against ISIL in the city and called on the government and security forces to help residents who are fighting the extremists.

Tribesmen have seized part of Al-Jolan, an area in northwest Fallujah, Juraisi said.

The Iraqi interior ministry also issued a statement on the fighting, saying that tribesmen had seized parts of Al-Jolan and its outskirts but that ISIL later regained control.

Citing intelligence information, the ministry said the clashes began as a fight between members of the Al-Juraisat tribe and the Al-Hisba in Al-Nizaiza market.

The fight escalated into a shootout in which light and medium weapons were used, and Al-Mahamda and Al-Halabsa tribesmen backed Al-Juraisat fighters.

Fallujah, which is located about 50 kilometres (30 miles) west of Baghdad, has been held by anti-government forces since the beginning of 2014, and is now one of two Iraqi cities still under ISIL control.

ISIL launched a sweeping offensive in June 2014 that overran large areas north and west of Baghdad, but security forces and allied fighters have pushed the extremists back with support from U.S.-led air strikes.