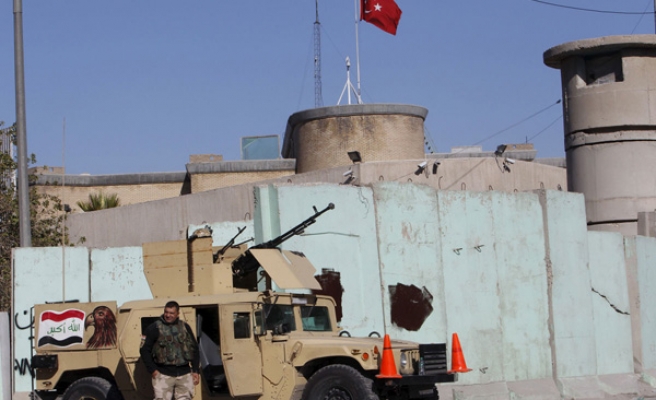 Iraqi Vice President Osama al-Nujaifi has expressed gratitude for Turkey's support for the people of Mosul in Iraq.

Al-Nujaifi spoke  at a press conference after  official meetings in Istanbul, Turkey on Saturday.

"Today, I found the opportunity to thank President Erdogan and PM Davutoglu for their efforts and Turkey’s role while fighting with the ISIL terrorist organization, which is a common threat for all the world, the U.S. and the EU. Turkey’s help is considerable and we hope Turkey will go on helping during the coming period," he saıd.

Nujaifi expressed his condolences for the Turkish soldiers martyred in Iraq’s town of Bashiqa town in Mosul province.

He added the plan to retake of Mosul had been discussed in meetings held with Turkish President Recep Tayyip Erdogan and Prime Minister Ahmet Davutoglu.

"A new operation started just three days ago in the south. What we expect is to accelerate and expand this operation to rescue Mosul. [...] We think that Mosul will be retaken by the help of Iraqi army and peshmergas from the south."

Iraqi forces on Thursday launched an anticipated offensive to recapture the northern city of Mosul from the ISIL terrorist group.

Mosul was captured by ISIL terrorist group in 2014.