﻿The Iraqi Ministry of Oil called on Kurdish forces to withdraw from oil wells and a pipeline. 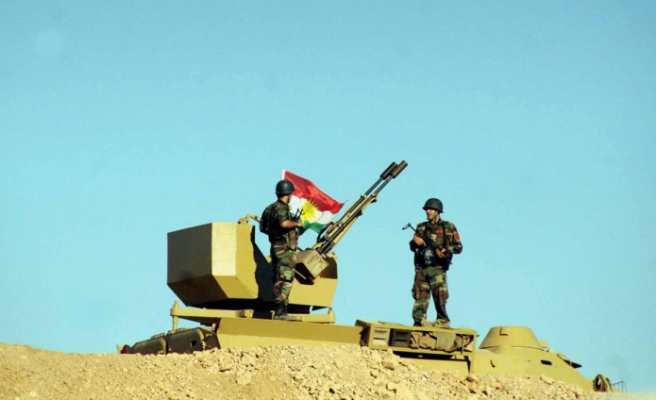 The Iraqi Ministry of Oil has condemned the seizure of oil fields in Kirkuk and Mosul by Kurdish Peshmerga forces and asked them to withdraw.

The condemnation came on Friday hours after Peshmerga troops took control of oil bases near Iraq's oil-rich city of Kirkuk, which were threatened by the military advance of Islamic State of Iraq and Levant militants, according to Peshmerga officials.

The ministry said in a statement: "We want our smart Kurdish brothers to pull back the Peshmerga - the control of the oil fields should be left to the Iraqi army.

"The Peshmerga should resist terrorist groups by helping the Iraqi army. They should not turn this situation to their own interests."

Earlier on Friday, Peshmerga troops seized both new oil wells in Bay Hasan and the Khurmala oil pipeline 100 km northwest of Kirkuk in a disputed area between the Kurdish autonomous region and the federal government of Iraq, and began digging defensive trenches.

Kurdistan Regional Government (KRG) spokesman Sefin Dizayi said in response to the Iraqi statement: "Because we are smart in reality, we have not quit Iraq because of its harsh conditions."

He also said earlier claims that the Peshmerga had discharged Arab workers from the oil wells after taking control of them were untrue.

The KRG's Ministry of Natural Resources also said Iraq's national oil company SOMO (State Oil Marketing Company) had not given the KRG its share of oil revenues and they would seek a legal address.

Backed by tribal fighters, militants associated with ISIL seized Iraq's second-largest city Mosul on 10 June and have captured a number of other towns in the north.

Barzani said on Friday in a statement published on his official website: "It is impossible to meet all the needs of refugees. Their numbers are increasing every day.

"The central Baghdad government and the international community need to discharge their responsibility to help Iraqi refugees.’’

The KRG had done its best for refugees in Erbil, Sulaimaniya, Duhok and Kirkuk, he added in the statement.