Iraq's ambassador to France called on the U.N. Security Council to approve extra military aid for Baghdad, including air and drone support 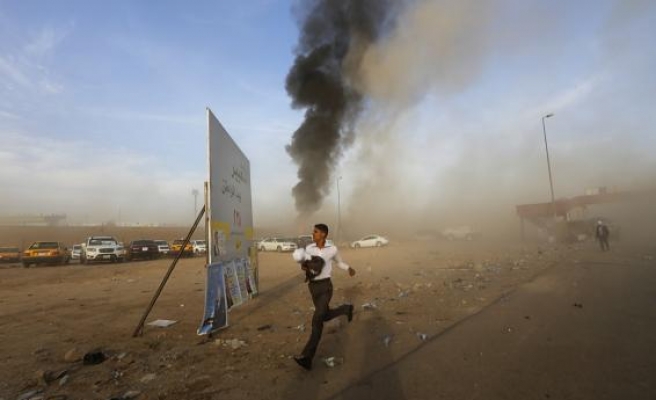 Iraq's ambassador to France called on the U.N. Security Council to approve extra military aid for Baghdad, including air and drone support, when it meets in New York later on Thursday.

"We need equipment, extra aviation and drones," Fareed Yasseen said when asked on France Inter radio what Iraq wanted from the Council.

"It must support Iraq because what is happening is not just a threat for Iraq but the entire region."

Sunni rebels from an al Qaeda splinter group overran the Iraqi city of Tikrit on Wednesday and closed in on the biggest oil refinery in the country at Baiji, making further gains in a rapid military advance against the Shi'ite-led government in Baghdad.

The militants from the Islamic State in Iraq and the Levant, or ISIL, also hold the northern city of Mosul.

Yasseen said as far as he knew the Iraqi government had not yet asked the United States to launch air strikes on militants who appeared to be marching towards Baghdad.

"The U.S. will only launch airstrikes if the Iraqi government asks them to, and if that happens it means it was necessary," he said.

He said it appeared the militants advance had been stalled and Iraqi special forces were now stabilising the situation north of the capital.

"What I have heard is their advance has been stopped. Special forces have been deployed and are playing their role. They have secured Samarra and the big Baiji refinery. These two regions are stabilised."

France's foreign ministry spokesman Romain Nadal told reporters Paris was consulting with regional and international powers on the situation in Iraq and would confer with its allies at the Security Council on Thursday.

"The situation in Iraq is extremely worrying and poses a serious threat to the stability of the entire region," Nadal told reporters.

"It is important that in the current situation all Iraqi political forces act concordantly and in unity."