U.S. forces scrambled drones and Apache helicopters to assist but the fighting was over by the time they arrived and they never fired a shot, said Army Colonel Steve Warren, a Pentagon spokesma 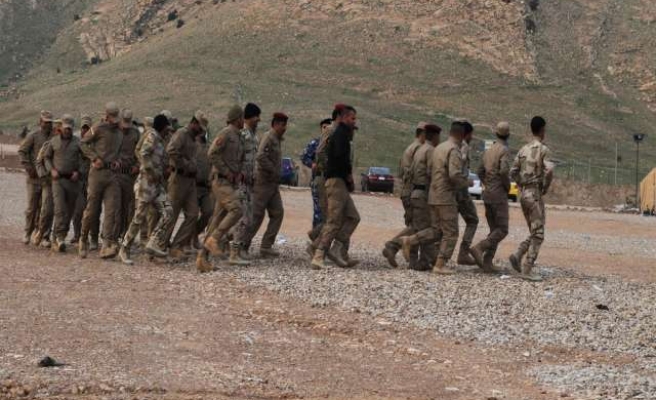 About 25 ISIL fighters led by several suicide bombers attacked Ain al-Asad air base in Iraq's Anbar province on Friday but were repulsed by Iraqi security forces guarding the perimeter who killed most of the assailants, the Pentagon said.

Rear Admiral John Kirby, the Pentagon press secretary, told reporters in Washington that U.S. Marines training Iraqi military troops at the sprawling base were about 2 miles (3.5 km) away and were not involved in the fight.

U.S. forces scrambled drones and Apache helicopters to assist but the fighting was over by the time they arrived and they never fired a shot, said Army Colonel Steve Warren, a Pentagon spokesman.

Kirby said the latest information from Iraq indicated the attack was carried out by "somewhere in the neighbourhood of 20 to 25" ISIL fighters and was led by several suicide bombers, some of whom evidently detonated their vests.

The battle took place at the perimeter of the base and it was not immediately clear whether the attackers were able to penetrate into the facility. Kirby cautioned that the information was preliminary and some details could change as Iraqi officials get a better understanding of how the attack unfolded.

"It does appear now that most, if not all of them, were wearing Iraqi uniforms," Kirby said of the attackers.

Militants from the group had attacked the Ain al-Asad base and the nearby town of al-Baghdadi a day earlier, leading to sporadic clashes in the town overnight.

An Iraqi official said ISIL had been cleared from most of al-Baghdadi, with the remaining fighting centred around a police station.

That conflicted with reports from a tribal leader who said the militants were still in control of much of the town. Kirby said U.S. assessments indicated ISIL fighters were in control of al-Baghdadi.

Ongoing clashes and poor communications in the area made it difficult to confirm such reports.

Al-Baghdadi has been besieged for months by ISIL, which captured swathes of northern and western Iraq last year, prompting a campaign of U.S.-led air strikes and the deployment of hundreds of U.S. military advisers to the country.

About 320 U.S. Marines are training members of the Iraqi 7th Division at the base, which has been struck by mortar fire on at least one previous occasion since December.

The U.S. military said the United States and its coalition partners conducted seven air strikes against ISIL militants in Iraq between early Thursday and early Friday, including five strikes in the vicinity of Ain al-Asad base.