Iraqi government forces had managed to oust ISIL from the compound, where two sealed bunkers contain stockpiles of old chemicals, rockets and equipment 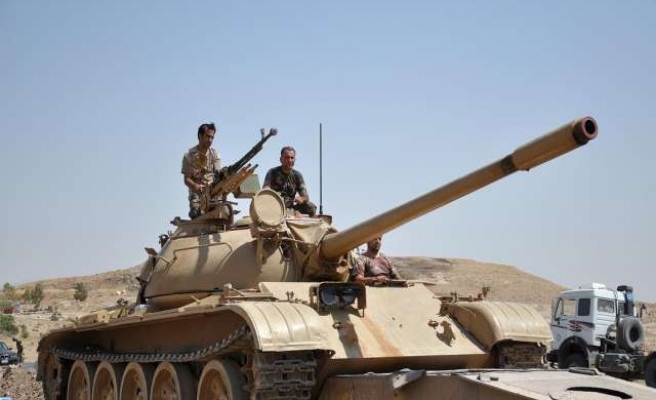 The Iraqi army has retaken from insurgents a sprawling complex where aging remnants of late President Saddam Hussein's chemical weapons programme are stored in bunkers, the country's deputy foreign minister said on Monday.

ISIL militants, who had seized the area during a lightning offensive last June, were not able to penetrate the fortified bunkers, Mohammad Jawad Al-Doraky told delegates at a chemical weapons conference in The Hague.

He said Iraqi government forces had now managed to oust ISIL from the compound, where two sealed bunkers contain stockpiles of old chemicals, rockets and equipment.

Al-Doraky said a facility set up under a plan to destroy the chemicals, built with tens of millions of dollars in U.S. funding, had been looted. The area north of Baghdad had also been mined, postponing the demolition plan that had been set to be carried out this year.

"The Iraqi army, during the past period, has recovered the Muthanna site and the roads leading to it," he told delegates at the annual conference of the Organisation for the Prohibition of Chemical Weapons (OPCW).

"Military engineers are now working on removing mines and explosive devices from around the site and the region," he said. "The terrorists were unable to penetrate the fortified bunkers."

Once at the heart of Saddam Hussein's chemical arsenal, which was used to kill thousands of Iraqi Kurds in the 1980s, two large bunkers now contain aging weapons that must be destroyed under the Chemical Weapons Convention.