The creation of a national guard has been a key demand of Sunni politicians in order to fight ISIS. 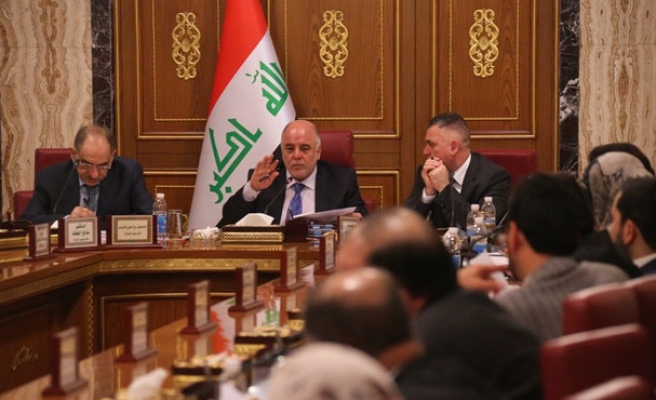 Iraq's cabinet approved on Tuesday two draft laws aimed at ending sectarian rifts, one creating a national guard and the other reforming government policies towards ex-members of the Baath party.

Prime Minister Haider al-Abadi's spokesman Rafid Jaboori described the national guard law as "a way to confront ISIL", a reference to ISIS which controls large sections of the country.

The creation of a national guard has been a key demand of Sunni politicians. Sunni political and tribal leaders want to handle their own security in combating the militant group.

Ending the ban on ex-members of the Baath party, which ruled Iraq before the U.S.-led invasion to topple Saddam Hussein in 2003, from public service has also been a key Sunni demand.

The bills will now be passed to the parliament for approval.

"This is significant. These are commitments in the government manifesto," Jaboori told.

It remains unclear how parliament will greet the legislation, which has either been attacked by political camps for going too far or not going far enough.

No immediate details were available about the drafts, which the cabinet had been required to pass within six months of the government's formation.

Iraq's debaathification policies have already been amended twice since 2003, most recently at the beginning of the previous government's term in 2010.

However, past efforts have failed to mend the damage from the blanket expulsion of former Baath members, mostly Sunnis, from public service in the first years of the U.S. military occupation of Iraq.