Jalawla and Saadiya are located in Diyala province which is mainly under the control of the Baghdad government forces and Kurdish peshmerga. 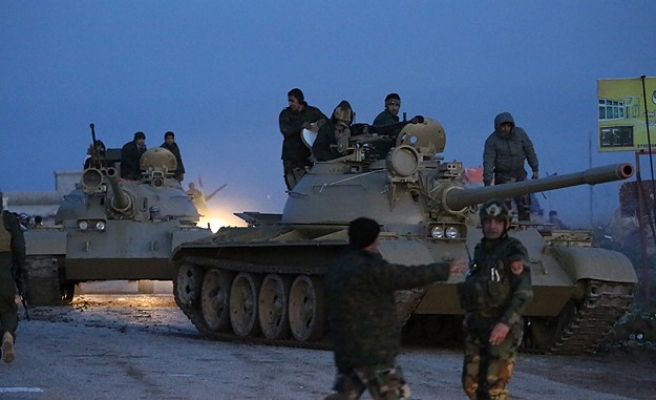 Iraqi forces said on Sunday they retook two towns north of Baghdad from ISIL fighters, driving them from strongholds they had held for months and clearing a main road from the capital to Iran.

There was no independent confirmation that the army, Shi'ite militia and Kurdish peshmerga forces had completely retaken Jalawla and Saadiya, about 115 km (70 miles) northeast of Baghdad. Many residents fled the violence long ago.

At least 23 peshmerga and militia fighters were killed and dozens were wounded in Sunday's fighting, medical and army sources said.

"We have liberated Jalawla and Saadiya," said Mala Bakhtiar, a senior official in the Patriotic Union of Kurdistan party, speaking by phone from a nearby town. He estimated 50 ISIL fighters may have been killed out of a force of 400.

Iraq's Shi'ite-led government, backed by U.S.-led air strikes, has been trying to push back the ISIL since it swept through mainly Sunni Muslim provinces of northern Iraq in June, meeting virtually no resistance.

Last week the army broke a months-long siege of the country's largest refinery north of Baghdad, but ISIL fighters continue to take territory in the western province of Anbar, which shares borders with Syria, Jordan and Saudi Arabia.

Recapturing the town would also allow the road to be reopened between Baghdad and Khanaqin, close to the Iranian border, peshmerga Secretary-General Jabbar Yawar said.

Meanwhile, neither the coalition forces nor the U.S. are serious in the fight against the ISIL, Head of Iraq’s Parliament Security Committee Hakim al-Zamili alleged Sunday.

"The continued occupation of Syrian town of Kobani by the ISIL, despite heavy airstrikes of the U.S.-led coalition forces, proves the combat against the terrorist group is not serious," Al-Zamilli said.

While the ISIL forces have not advanced into Baghdad, they hold a ring of towns around the mainly Shi'ite capital and have claimed responsibility for a series of bombings in Shi'ite districts of the city.

A car bomb in the Shi'ite town of Yousufiya, 30 km (20 miles) southeast of Baghdad, killed five people on Sunday, police and medics said.