The Iraqi Kurdish Regional Government aims to increase its oil exports to Turkey to 400,000 barrels per day after officials' Ankara talks. 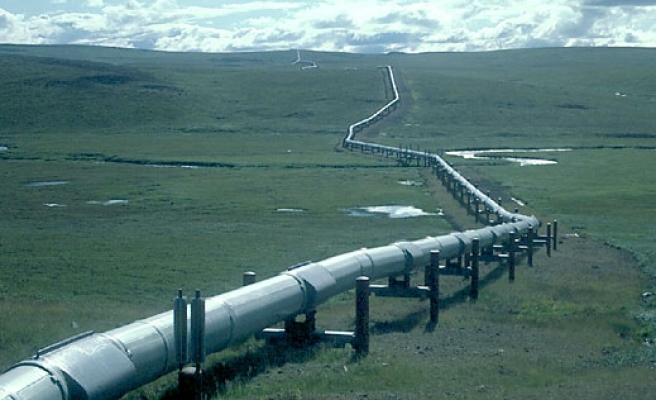 The Kurdistan Regional Government aims to increase its oil exports to Turkey via pipelines to 400,000 barrels per day, a KRG spokesman said Tuesday.

Regarding Iraqi KRG officials' visit to Ankara on Monday, Safeen Dizayi told AA that the issue of revenues generated from the sales of the oil from the semi-autonomous Kurdish region in Iraq was the main topic of discussion with the Turkish officials.

"Both sides [Turkish and Kurdish] declared their commitment to the agreement between Turkey and KRG on the sales of oil and have agreed to continue with the sales of oil to international markets through Turkey," Dizayi said.

Stating that KRG currently sends 120,000 barrels of oil per day to Turkey via pipelines, Dizayi said KRG plans to increase this amount to 400,000 barrels per day and requested Turkey make the necessary preparations.

Dizayi said "signing authorities" had been granted to KRG Deputy Prime Minister Kubat Talabani, Minister of Natural Resources Minister Ashti Hawrami and Minister for Finance and Economy Rebaz Mohammad for the use of money deposited in Turkey's state-owned lender Halkbank, for the oil sales.

Taner Yildiz, Turkey's energy minister, previously announced that around US$93 million has been deposited at Halkbank to date from the sale of KRG oil.