People have started to cast their votes in general elections in northern Iraqi cities of Suleimania, Irbil and Duhok. 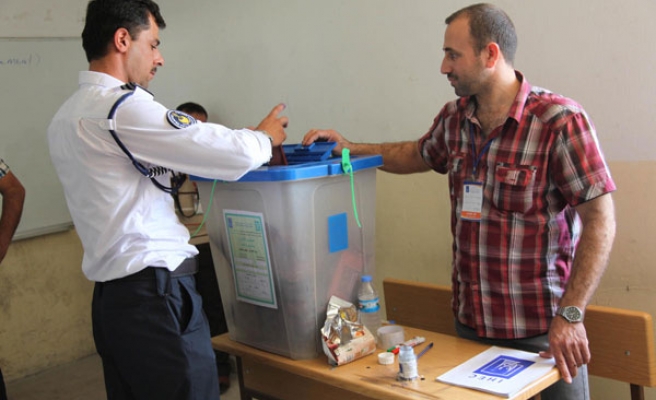 Iraqi Kurdish people have started to vote in general elections at 7:00 a.m. in northern Iraqi cities of Suleimania, Irbil and Duhok on Saturday.

Representative of Supreme Committee of Election of Iraq Henderen Mohamed told Anadolu Agency that people started to vote at 7,200 ballot boxes at 1,400 points.

31 political parties are racing for 111 chairs in the regional parliament and 3,119 observers monitor the elections, 192 of whom are foreigners and 628 journalists will reportedly follow the polls.

Meanwhile, voting in Suleimania started half an hour late due to technical problem in electronic devices at a school.