Prime Minister Nechirvan Barzani says no agreement has been reached yet and meetings will proceed. 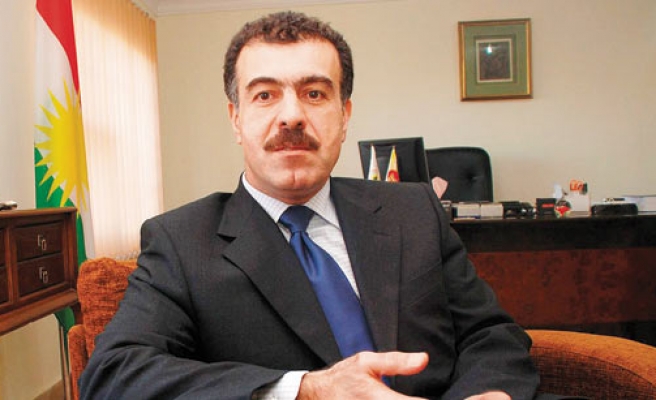 World Bulletin / News Desk
No agreement has been reached with Baghdad to enable Iraqi national oil company (SOMO) to trade with Kurdistan, Safin Dizayee, a spokesperson for the Kurdish Regional Administration in northern Iraq said.

The statement published on Kurdistan Regional Government’s (KRG) website came in response to a quote by the Iraqi deputy prime minister for energy, Hussain al-Shahristani, saying that Iraq and Kurdistan have agreed to export crude via the country's main oil marketing body.

Dizayee confirmed that Monday's meeting between the Kurdish delegation headed by Prime Minister Nechirvan Barzani and Iraqi officials in Baghdad, was positive. The parties agreed to work on alternative proposals for trading oil stored in the Ceyhan port on Turkey's south-eastern Mediterranean coast.

Barzani said: "We are now discussing the technical details. Debates on the alleged exports of Kurdish region’s oil have ended. However, no agreement has been reached yet and meetings will proceed."

The amendments in question propose that the income from the exported oil be collected by the Iraqi government and that 17 percent of the total collected income be given to the regional administration, opposed to Baghdad's demand of trading it through SOMO.

"Our negotiations with Baghdad continue, and we are hopeful about reaching reconciliation. Oil exportation will begin thereafter," he said.

In November 2013, the Turkish and Kurdish regional administration officials signed an agreement to enable Kurdish oil to flow from Taq Taq to the Ceyhan port on Turkey's south-eastern Mediterranean coast.

The agreement allows Iraqi Kurdish oil to be stored and exported at times when no oil is pumped by thecentral Iraqi administration.

Baghdad, however, says the agreement violates the constitution if oil is exported through other channels apart SOMO. The stored oil in Ceyhan has been awaiting Baghdad's approval to be exported. Irbil and Baghdad have so far carried out three meetings to reach an agreement on the issue.