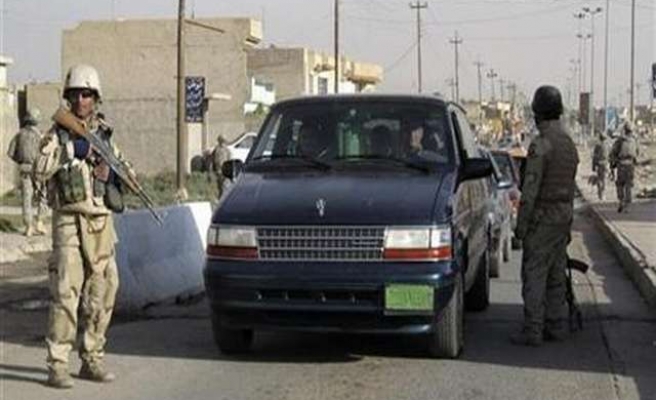 Iraq's defence minister criticised the United States on Sunday for declaring a timeframe for an offensive to recapture the Islamic State's northern stronghold of Mosul, saying military commanders should not show their hand to the enemy.

Khaled al-Obeidi said the timing of the Mosul assault was for Iraq to decide, and that a U.S. Central Commandofficial who predicted the attack was likely to take place in April or May had no knowledge of the issue.

ISIL fighters seized Mosul last June as they swept through northern Iraq towards Baghdad, meeting virtually no resistance from the army and establishing a self-declared caliphate straddling the border betweenIraq and Syria.

The United States and its allies have waged months of air strikes against ISIL targets and Washington is training up and equipping the Iraqi military to recapture territory. The battle for Mosul - the largest city in northern Iraq - is expected to be pivotal in that struggle.

A U.S. Central Command official said on Thursday that an Iraqi and Kurdish military force of 20,000 to 25,000 troops is being prepared to recapture the city, probably in April or May.

But Obeidi declined to confirm that timetable, and expressed irritation at the remarks from the unnamed U.S. official.

"This is urban warfare and we have civilian populations. It is very important to take time and accuracy in setting the plan for this battle," he told a news conference in Baghdad.

"A military official should not reveal the timing of an offensive," he added. "The battle for Mosul starts when preparations are complete, and selecting the time is up to Iraqi military commanders."

Iraqi officials say the Mosul attack will take place within months, but they have often said Baghdad needs greater international military support and have declined to set a date.

"I don't know where the American official got this information... They absolutely do not have knowledge on this issue," Obeidi said.

Following criticism of the U.S. military briefing, the new U.S. defense secretary, Ash Carter, told reporters on Saturday he would not telegraph the precise timing of an offensive to retake Mosul.

Obeidi was speaking as Prime Minister Haider al-Abadi met the general in charge of U.S. forces in the Middle East, General Lloyd Austin.

Abadi noted that international support to Iraq had increased in recent days, his office said, without giving details. He also pointed to progress "mobilising and recruiting people in Nineveh, Anbar and Salahuddin to liberate them from terrorist gangs" referring to the main areas of Islamic State control.

Obeidi said Iraqi security forces began a military operation on Sunday to drive Islamic State fighters out of the western town of al-Baghdadi in Anbar province.

"I believe a major victory will be achieved in the next few hours if our forces maintain a steady advance," he said.

Last week, ISIL insurgents seized most of al-Baghdadi, threatening a nearby air base where U.S. Marines are training Iraqi troops.