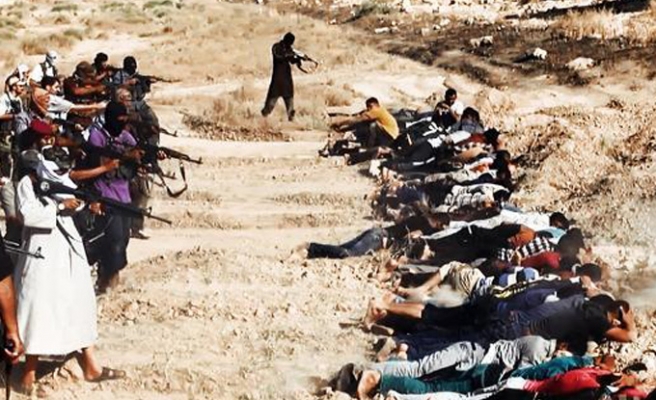 A written statement from the ministry said the executions took place in the Sinjar district and were carried out by firing squad in public.

The victims were members of the Albu Maytut tribe, including the imam of the Grand Mosque of Mosul, Eyub Abdulvahhab, along with police officers and troops who "told ISIL they had repented," the ministry said.

Security sources announced the death of Imam Abdulvahhab on Monday.

Iraqi troops and Kurdish peshmerga forces are fighting against ISIL, supported by a U.S.-led coalition that has been conducting airstrikes against the extremist group for five months.

The capture of Mosul in June 2014 was ISIL's breakout move to seize large swathes of land across Iraq and Syria.

The group's military campaign has caused well over a million Iraqis to flee their homes.