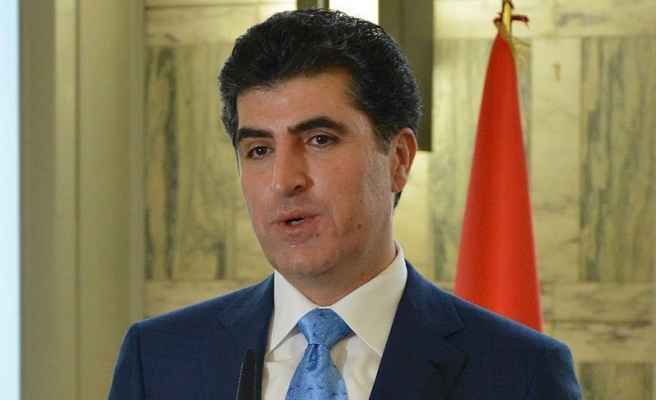 The two sides met to discuss several outstanding differences between Baghdad and the KRG, including the Iraqi national budget, territorial issues, oil exports and plans to retake the city of Mosul, which was overrun by the ISIL militant group in mid-2014.

Several more meetings between the KRG delegation and Iraqi officials are reportedly planned for late Sunday.

Following the initial meeting, Zaher al-Abadi, MP for Iraq’s State of Law coalition and a member of parliament’s energy committee, told Anadolu Agency that the KRG was obliged to implement the terms of an oil agreement it signed with Baghdad in 2014.

"[PM] Al-Abadi and the other political groups had nothing to offer the KRG during the delegation’s visit to Baghdad today except to stress the need to implement the terms of the agreement, which has since become law and has been factored into Iraq’s 2016 national budget," the MP said.

"That the Kurds have turned to the federal government to export their oil is a good step, but it needs guarantees," he added. "Even though the [2014] agreement was legally in force, it was not included in last year’s budget and the tariffs [laid out in the agreement] weren’t applied."

"For this reason, we’re afraid the KRG will fail to abide by any new agreement with Baghdad," al-Abadi asserted.

He added: "The federal government is currently trying to establish a national oil company to manage all of Iraq’s oil wealth, including the oilfields in the northern [i.e., Kurdish] region.

"We’re aware of the reasons that prompted the KRG to turn once again to the federal government: declining international oil prices, the KRG’s inability to pay employees' salaries, and an escalation of the region’s internal political crisis," he said.

"All this has prompted the KRG to look to Baghdad in hopes of shifting its problems onto the federal government," he added.

Last summer, the KRG stopped exporting its oil through Iraq’s federal government and began exporting it via the Turkish port of Ceyhan to protest Baghdad’s failure to include it in the national budget.

In December of 2014, the KRG and Baghdad signed an oil deal, according to which Erbil -- the KRG’s administrative capital -- would be allowed to export its oil in exchange for a share in Iraq’s national budget.

Under the terms of the deal, the KRG would export 250,000 barrels of oil a day in return for which Baghdad would earmark 17 percent of the national budget for the KRG’s needs.

In recent months, however, declining global oil prices have caused financial crises for both Baghdad and the KRG, which has prevented both governments from paying the salaries of large numbers of their employees.