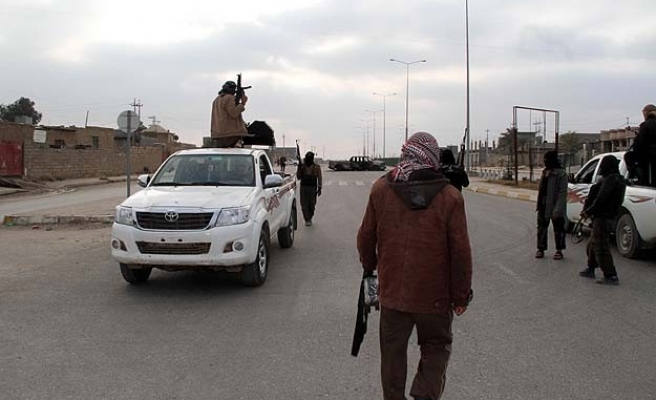 World Bulletin / News Desk
Police and tribesmen have laid siege to armed men affiliated with the Al-Qaeda-linked Islamic State in Iraq and Levant (ISIL) in Iraq's western Anbar province, according to the provincial governor.

"The Bobali and Gazirat al-Khalidiya districts are both seeing major battles with the ISIL," al-Dulaimi said.

According to the governor, the two agricultural districts represent the ISIL's "last bastions" in Ramadi after Iraqi police and tribesmen earlier managed to "liberate" large swathes of the city in which ISIL members had been reportedly holed up.

The Iraqi government had previously announced the successful expulsion of ISIL from most of Ramadi, but added that the group remained in control of Fallujah, Anbar's second city.

Fallujah-based anti-government activist Mohamed al-Bagari, for his part, said that the Iraqi army had shelled different parts of the city until the early hours of Wednesday.

He added that clashes remained ongoing in eastern Fallujah between Iraqi troops and tribesmen, the latter of whom had destroyed a military vehicle earlier on Wednesday.

Earlier this month, Iraqi Prime Minister Nouri al-Maliki announced that the military campaign in Anbar was nearing conclusion, promising to pay for the reconstruction of any property damaged during the operation.