Iraqi president calls for end to 'conflict' in Kirkuk 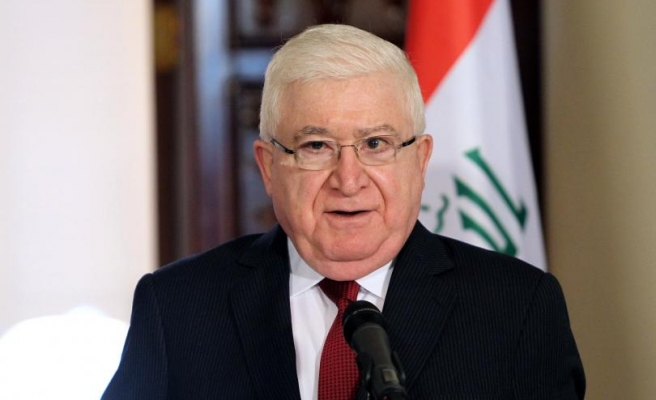 President Fuad Masum on Monday called for an end to “conflict” in Iraq’s northern Kirkuk province and the immediate resumption of dialogue between Baghdad and the Erbil-based Kurdish Regional Government (KRG).

“There is a need to stop the escalations in Kirkuk and resume dialogue with a view to resolving our differences within the framework of the [Iraqi] constitution,” Masum said on the sidelines of a Monday meeting with Washington’s ambassador to Iraq.

In a statement released by his office shortly after the meeting, Masum urged all parties to the dispute -- including certain media outlets -- to avoid what he described as “escalatory rhetoric”.

He also voiced hope that concerned political forces “understand the dangers posed by escalating the situation”, which, he warned, “threatens to affect the future of all Iraqis”.

Masum also called on political leaders to “work on finding common ground on which to base immediate solutions to the problems in Kirkuk and in the rest of the country, especially between the federal government and the northern [i.e., Kurdish] region”.