The tour will also include the United Arab Emirates 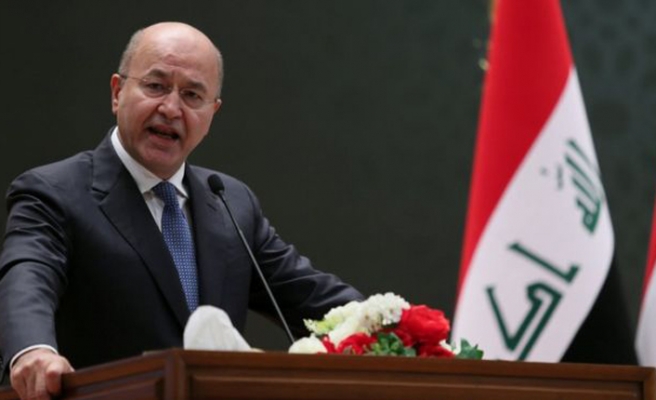 Iraqi President Barham Salih will visit Kuwait on Sunday as part of his first Gulf tour since taking office last month, according to a presidential statement.

The tour will also include the United Arab Emirates (UAE).

The visit aims at "establishing good-neighborliness, economic, development integration and joint cultural advancement to serve the peoples of the region," the statement said.

During his visit, the Iraqi president will discuss ways of boosting bilateral relations to build strong ties with Iraq’s Arab and Gulf neighbors, the statement said.

Since the fall of the former Iraqi regime in 2003, the Gulf countries have been maintaining cautious ties with Baghdad because of its close relations with Iran.

Iraq seeks support to reconstruct the country, especially areas affect by the war against Daesh terrorist group between 2014 and 2017.

Under the former regime of Saddam Hussein, Iraq had invaded Kuwait in 1990 before being forced out by a U.S.-led international coalition.