The Iraqi army has surrounded Falluja and threatened a ground assault to retake it unless the ISIL fighters lay down their arms by Friday. 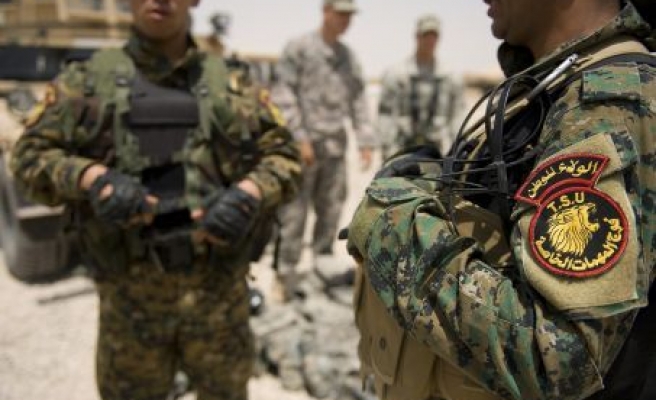 Iraqi troops backed by helicopter gunships regained ground in the northern town of Sulaiman Pek on Friday, the mayor said.

At least 12 people were killed by the army, according to the town's mayor, Talib Mohammed, who identified them as members of the Islamic State in Iraq and the Levant (ISIL).

"The army is making good progress in the town," he said. "We have to admit it's not an easy job as snipers and roadside bombs planted by militants are forcing military forces to be slow and vigilant."

The ISIL have been regaining ground in Iraq over the past year, particularly in the western province of Anbar, where gunmen opposed to the country's government took over the city ofFalluja last month.

The Iraqi army has surrounded Falluja and threatened a ground assault to retake it unless the ISIL fighters lay down their arms by Friday.

Sulaiman Pek, 160 km (100 miles) north of Baghdad, is a majority Sunni Arab town of around 25,000 people, with smaller Turkoman and Kurdish communities.

"Military forces backed by helicopters are controlling now around 70 percent of the town and the gunmen started to leave their positions," Mohammed said.