﻿The Iraqi Turkmen Front leader said they are under-represented in the Abadi cabinet, with only one ministerial seat. 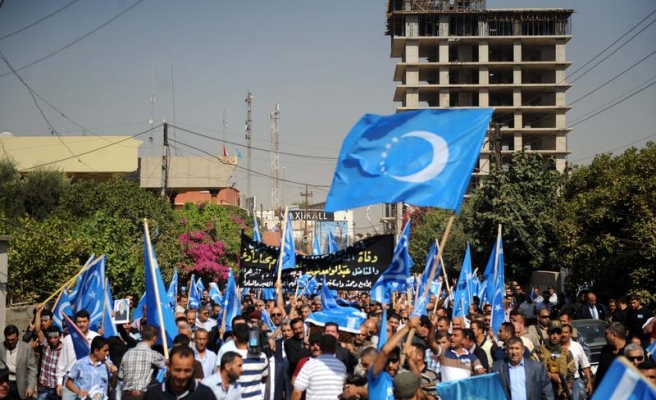 Iraqi Turkmen Front leader and Kirkuk deputy Arshad al-Salihi is disatisfied with the newly-formed Iraqi government claiming they are under-represented with only one ministerial seat.

His remarks came after the new government, led by Prime Minister Haider al-Abadi, was officially established on Monday after receiving a vote of confidence from the Iraqi parliament.

"Only one seat was allowed for a Turkmen minister in the new cabinet. The Turkmen people of Iraq were once again disregarded during the formation of the government," claimed Salihi.

He said Turkmen Muhammad Mahdi al-Bayati from a Shiite group, the Badr Organization, won the seat of the Human Rights Ministry in the government only after the Iraqi Turkmen Front put pressure on the the Shiite-dominated Iraqi National Alliance, an electoral bloc of politicians from Iraq's leading Shiite parties.

The Turkmen leader called upon al-Abadi to allocate one more ministerial seat to the Turkmen Front.

He further argued that the demand from Iraq's Muttahidun Coalition leader and former Sunni Parliamentary Speaker Osama al-Nujaifi, to have a Turkmen vice presidential seat was ignored.

Salihi said the Sunni Arab coalition, which gained 77 MP seats in April 30 elections, "regret" that Turkmen have only one minister in the new government.

"After this phase, Turkmen politics in Iraq must reform and reconsider the coalitions it allies with," he added.

The Iraqi Turkmen leader stressed that Turkmen won 12 seats in the 2010 general elections in Iraq. "Only nine seats in the April 30 elections is a political loss for the Turkmen people," he concluded.

In the new central government of Iraq, 17 ministries were given to Shiites, seven to Sunnis, and four to Kurds, while one ministry was given to minorities during Monday's long debate at parliament.