﻿Arshad al-Salihi called for a safe zone to support the threatened minority. 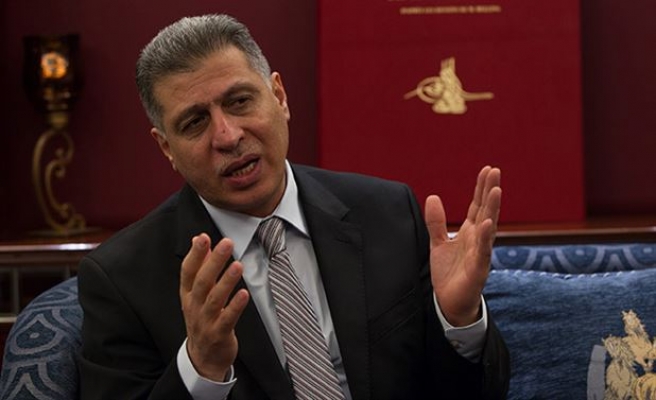 Speaking at a meeting of the Economic Policy Research Foundation of Turkey (TEPAV) in Ankara on Wednesday, where latest developments in Iraq and those facing Turkmen were discussed, al-Salihi said: "The West should also support us Turkmen with weapons, we are in need."

Salihi said that the Turkmens' lives and territory were in danger and stated that a “safe zone” should be provided for the threatened minority.

"All Turkmen, Shia or Sunni, have been exposed to Islamic State of Iraq and the Levant militants’ attacks," he said.

He also stated that Turkmen had seen the most casualties during ISIL militants’ attacks on the northern Iraqi province of Mosul.

Al-Salihi said: "Three of our deputies are still in the hands of ISIL, who call us every day saying they will cut their heads off."

"Turkmen are the biggest target and we are being ignored."

Referring to the militants’ attacks on Tal Afar since June, he said: “About 300,000 Turkmen have been forced to migrate to different regions, mainly to the south of Iraq and most of them will probably not be able to return.”

He added Turkmen had not received any humanitarian aid, unlike other minorities such as Christian, Yazidi and Kurds.

The president said: "Humanitarian supplies came only from Turkey."

"We distributed all the supplies from the Turkish Red Crescent to everyone - not looking at whether they were Turkmen, Yazidi or Kurd - but today we need equal help from the West.”

According to al-Salihi, Iraq’s new government has also ignored Turkmen.

Last week, Nahla Sallamah, a Turkmen MP in the Iraqi parliament, said more than 350,000 Turkmen asylum seekers were in danger of starvation because the government had failed to financially support them.

The chaos created by ISIL militants has displaced more than one million Iraqis from their homes.

The Iraqi army failed to halt a sudden offensive by ISIL in June, which led to the group taking control of large swathes of land in the country, including the province of Mosul in the north.