Munir Kafili died at the scene after sustaining a gunshot to the head when his vehicle came under fire on Tuesday. 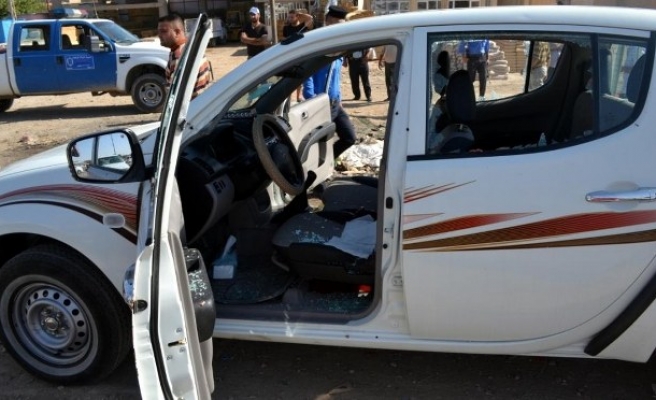 The assasination of an Iraqi Turkmen politician in Kirkuk on Tuesday is an attempt to ruin the relations between Turkmens and Kurds, according to Iraqi Turkmen deputy Muhammet Ilhanli.

"The situation in Kirkuk has been more favorable for Turkmens recently. There were some people worried about this," Ilhanli told Anadolu Agency on Tuesday.

He said the assasination of Kafili might have been carried out in order to give an impression that 'Peshmerga are unable to protect Kirkuk.'

Kurdish Peshmerga forces have reportedly taken control of key areas of Kirkuk after the Iraqi army withdrew from the province in the last week following a major offensive by militants spearheaded by the Islamic State of Iraq and the Levant, or ISIL.

Hasan Ozmen, a former MP from Diyala province, told AA that this kind of attacks aimed at intimidating Iraqi Turkmens.

"They are killing Iraqi Turkmens and their leaders indiscriminately. This is a part of the war they have been waging," Ozmen said.

He said it looked likely that ISIL militants were behind the assasination of Kafili.

“Munir Kafili was killed when we were preparing for the anniversary of the death of Ali Hasim Muhtaroglu (former Iraqi Turkmen Front deputy chairman),” said Ozmen.

According to Ozmen, the ones behind these attacks target Turkmens regardless of their sects.

“Muhtaroglu was a Shia Muslim and Kafili was a Sunni Muslim. These people do not care about beliefs, you just have to be Turkmen to get killed,” said Ozmen.

Munir Kafili spent 20 years in prison for ‘political crimes’ during the Baath Party regime. He was released in 2003 and returned to politics.

The three million-strong Turkmens represent the third-largest ethnic group in Iraq, constituting 13 percent of the population.

Tensions remain high in the Kirkuk district as clashes are ongoing between Iraqi forces and militants of the Islamic State of Iraq and the Levant (ISIL).

ISIL militants, backed by tribal fighters, seized Iraq's second-largest city Mosul on 10 June and captured a number of other cities in the north, including Tikrit and Tal Afar.

ISIL forces also extended their grip along Iraq’s Syrian and Jordanian border on Monday after taking control of border crossings, according to Farhan Ftikhan, the mayor of Al Qaim.

"We strongly condemn this terrorist attack and offer our condolences to the victim's family," Turkey's Foreign Ministry said in a statement.

The ministry also stressed the situation in Iraq was deteriorating after ISIL's attack on Mosul two weeks ago.