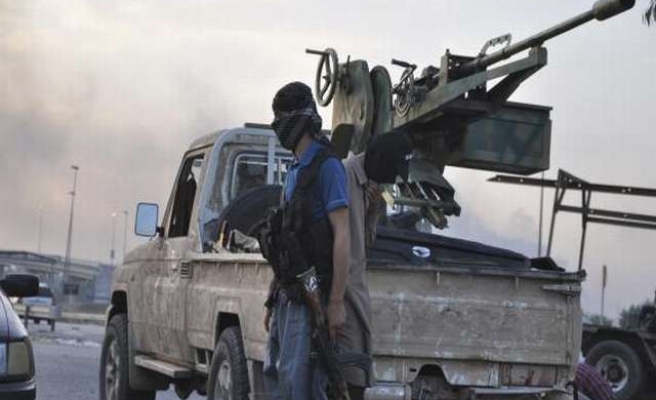 ISIL's systematic massacre of hundreds of Iraq's Albu Nimr tribe should have been an unmistakable wake up call for a country that may not be able to stabilise without long-term support from Sunni tribesmen.

But nearly a month after members of the tribe were hunted down in groups and executed, the Baghdad government appears to be doing little to assimilate Sunnis in any much-needed move towards unity.

The Albu Nimr were one of the Sunni tribes that helped the U.S. Marines defeat al Qaeda in Iraq's vast Western Anbar province during the 2006-2007 "surge" offensive, a strategy Washington hopes Iraq can now repeat against ISIL.

Iraq's robust official spin machine has certainly suggested the Shi'ite-led government and even its militia allies who have few friends among the Sunni tribesmen, are swinging into action.

But there are few real signs of momentum needed to bury sectarian differences and create a united force to counter ISIL in Anbar, which it has engulfed steadily throughout 2014 to the point where senior U.S. military officials last month described the situation there as fraught.

Sabah Karhoot, provincial council chief of Anbar, home to the Albu Nimr, told Reuters there were still enough fighters to take on ISIL but they needed effective weapons and ammunition from Baghdad.

"If the government can't give us the military support soon, we will resort to other options including the demand of the ground help from the international coalition," he said.

Government officials were not immediately available for comment. Some tribal leaders have acknowledged that weapons from the government had previously fallen into the hands of ISIL sympathisers or through corruption.

Over the weekend, Washington sent its top military officer to Iraq, where American forces have begun advising Iraqi troops in Anbar in a faster-than-expected expansion.

General Martin Dempsey, chairman of the Joint Chiefs of Staff, was visiting for the first time since President Barack Obama responded to ISIL advances this summer by ordering troops back into a country they left in 2011.

He told U.S. troops the tide "was starting to turn" but predicted a long campaign against militants who hold large swathes of Iraq and neighbouring Syria.

An Albu Nimr leader told Reuters that about 3,000 fighters were primed and ready to join up with Iraqi forces at the Ain al-Asad base, but security forces would only allow about 100 Albu Nimr members of them to gather there.

"I suggested to the Iraqi forces that they should arm 500 at the minimum and after mutual trust is formed we can advance to higher numbers," said Sheikh Naeem al-Ga'aud - adding his attempt to compromise was to no avail and those few tribesmen allowed onto the base were given no ammunition.

That mistrust goes both ways: About two weeks before Dempsey arrived, word spread that Iranian-backed Shi'ite militia fighters were gearing up to help the Albu Nimr. But Anbar council chief Karhoot likened the Shi'ite militias fighters to ISIL militants and said he would not work with them.

"We absolutely refuse the militias in Anbar.. we need people from the south, centre and north as forces within the army and police," Karhoot said. Later he said he would welcome them.

A planned event at Asad base last week was initially hyped up by an Iraqi official who said there would be U.S. involvement. He then contradicted himself.

Reporters who attended said it amounted to the parliament speaker making more promises to about 150 tribesmen. He expressed confidence that they would help rid the world of "this evil", ISIL.

Other parts of Iraq are also complaining that the Baghdad government should be doing more to reach out to them.

Further complicating attempts to unify Iraq in order to counter the al Qaeda offshoot are uneasy ties between Baghdad and the Kurdistan Regional Government in the north.

The Kurds also want arms from Baghdad to fight ISIL but the issue has become embroiled in political tensions over Baghdad's payments for Kurdish oil exports.

"It's their duty to send us weapons because we are part of Iraq. We are defending the region as part of the country," said Jabbar Yawar, Secretary-General of the Kurdish ministry responsible for the fighters known as peshmerga - meaning "those who confront death" - who recently crossed the Turkish border to help defend the Syrian town of Kobani from IS.