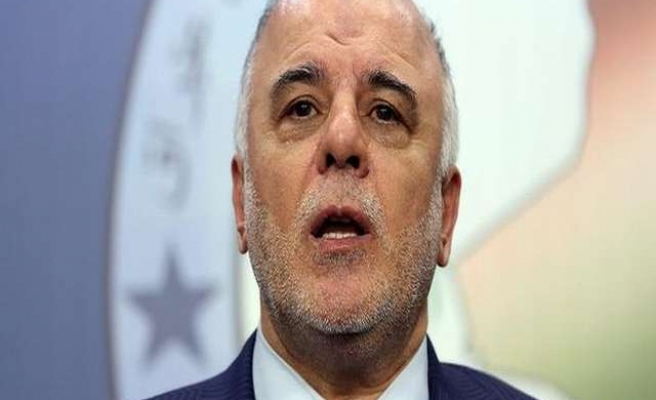 Iraq's Prime Minister-designate Haider al-Abadi on Monday predicted a "clear vision" on a new government would emerge within the next two days, state television reported, as the country faces deepening sectarian conflict.

Abadi is tasked with forming a power-sharing administration that can ease tensions and counter self-styled Islamic State militants who pose the biggest security threat to Iraq since a U.S.-led invasion toppled Saddam Hussein in 2003. #

He said the latest talks on the structure of the government had been constructive.

Shortly after Abadi spoke, a suicide bomb attack in a Shi'ite mosque in Baghdad on Monday killed at least nine people and wounded 21, police and medical sources said.

The attacker detonated his suicide bomb vest inside the mosque in the New Baghdad district of the capital at prayer time, police said.

In his comments on Monday, Abadi also emphasized that the central government will not tolerate armed groups operating outside government control. "There is no place for armed groups whether from the militias, the tribes or the volunteers," he said. "We will not allow the formation of armed groups out of control of the state."

The Prime Minister-designate noted that arms given to the peshmerga, the Kurdish force battling Islamic State militants in the north of the country, had passed through the central government.

Still, many ordinary Iraqis have expressed concern about the unchecked growth of violent militia groups in recent weeks, some of whom have been accused of targeting civilians.

In June, Ayatollah Ali Sistani, the most senior Shi'ite cleric in the country, issued a call to arms for Iraqis to defend against the onslaught of the Islamic State as the group's fighters blazed across northern Iraq. As a result thousands of volunteers, many of them Shi'ites, joined militia groups which are only nominally under the control of the central government.

An attack on a Sunni mosque in Diyala province north of Baghdad on Friday killed 68 and wounded dozens. Shi'ite militants operating in the area are suspected of carrying out the attack, according to police sources and residents.

The central government has issued arrest warrants for four local tribesmen suspected of carrying out the attack after an investigation, Abadi said Monday.

Also on Monday, Iran's foreign minister Mohammad Javad Zarif visited the Shi'ite holy city of Najaf for meetings with Ayatollah Ali Sistani as well as other senior Shi'ite clerics in the city, according to local officials.

Sistani played a key role in resolving a brewing political crisis in the country by implicitly urging former prime minister Nouri al Maliki to step down.

Zarif met with a handful of Sunni political leaders in Baghdad on Monday night to discuss the formation of the new government, according to the Islamic Republic News Agency (IRNA).