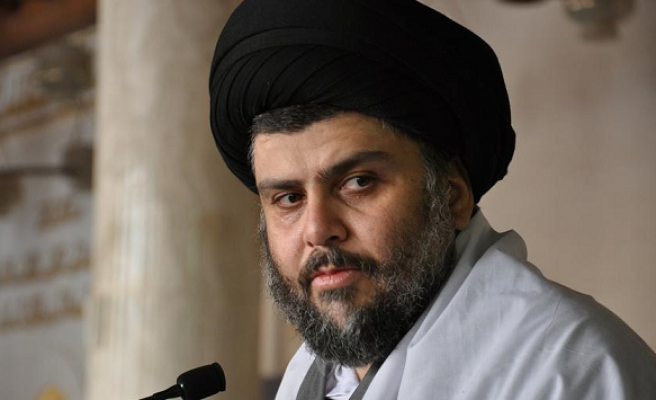 The deployment, he said, “is aimed at ensuring security and protecting civilians in light of recent events in Kirkuk after [Iraqi] federal forces seized control of the province”.

For years, al-Sadr’s Saraya al-Salaam force has maintained an armed presence in Iraq’s Saladin province north of capital Baghdad. It did not, however, take part in the recent months-long army offensive to recapture Mosul from the ISIL terrorist group.

“Iraqi Federal Police and counter-terrorism forces, along with Hashd al-Shaabi fighters, have secured Kirkuk’s northern Altunkopru sub-district,” the ministry said in a statement.

“Altunkopru is now under the total control of federal forces,” it added.

According to Hasan, “fierce” clashes -- featuring medium and heavy weapons, including artillery -- are now underway between the two sides.

Tension has steadily mounted between Baghdad and the Erbil-based KRG since Sept. 25, when Iraqis in KRG-controlled areas -- and in several disputed parts of the country -- voted on whether or not to declare independence from the Iraqi state.

According to poll results later announced by the KRG, almost 93 percent of those who cast ballots voted in favor of independence.

The illegitimate referendum faced sharp opposition from most regional and international actors (including the U.S., Turkey and Iran), who had warned that the poll would distract from Iraq’s fight against terrorism and further destabilize the region.