The former premier did not clarify what he meant when he described the conditions of Iraq's parliamentary elections as "unfair." 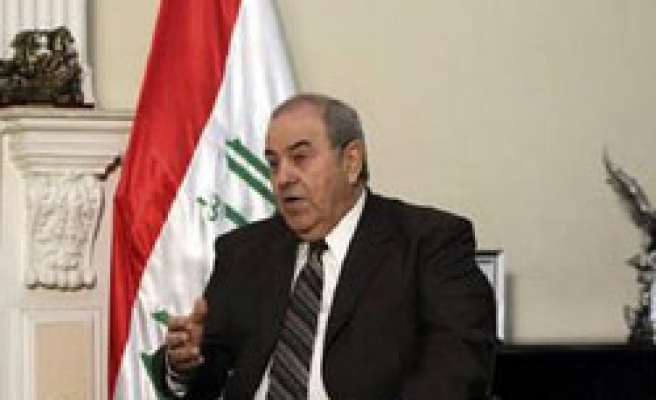 "Even with this, I am full of confidence that the Iraqi people will win at the end," Allawi, the leader of the Wataniya parliamentary bloc, told journalists during a visit to a polling station for Iraqi expatriates in the Jordanian capital Amman.

The former premier, however, did not clarify what he meant when he described the conditions of Iraq's parliamentary elections as "unfair."

Around 20 Iraqi embassies and consulates started on Sunday receiving expatriates to cast ballots in their country's parliamentary elections, which is due to start at home on Wednesday. Voting for expatriates would run for two days.

Voting in the elections of the 328-seat parliament has started amid myriad security challenges inside Iraq, particularly in the western and northern parts of the country where government forces are battling militant groups, which Baghdad links to Al-Qaeda network.

Around 20 million Iraqis have the right to vote in the elections.

Allawi expressed hope that the polls would be key to change in his turbulent country.

"Enough with killing and destruction in Iraq," Allawi said.

He said he is confident that Iraqi voters will select the best candidates for lawmaking in their country.