The office of acting speaker Mehdi al-Hafidh said parliament would not meet again until Aug. 12 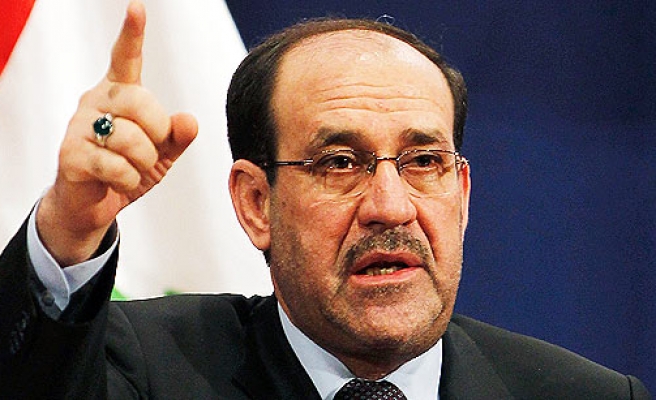 Iraq's new parliament postponed its next session for five weeks on Monday, extending the country's political paralysis in the face of an insurgency which claimed the life of an army general on the northwestern outskirts of Baghdad.

Citing the inability of political camps to reach "understanding and agreement" on nominations for the top three posts in government, the office of acting speaker Mehdi al-Hafidh said parliament would not meet again until Aug. 12.

Putting off the work of reaching consensus for five weeks is a slap in the face to efforts by Iraq's Shi'ite clergy, the United States, the United Nations and Iran, who have urged the swift formation of an inclusive government to hold the country together.

With no signs that Shi'ite Prime Minister Nuri al-Maliki will abandon his bid for a third term, his Sunni, Shi'ite and Kurdish opponents warn there is a risk that Iraq will fragment along ethnic and sectarian lines.

"Things are moving faster than the politicians can make decisions," a senior Shi'ite member of parliament told Reuters.

The Islamic State, an al Qaeda offshoot, and a patchwork of Sunni militants are holding territory they seized in northern and western Iraq, the majority of it taken last month.

Kurds, who run their own autonomous region in northern Iraq, have taken advantage of the chaos to expand their territory.

Maliki's opponents blame Maliki for last month's military defeats and want him to step aside. They accuse him of ruling for the Shi'ite majority at the expense of the Sunni and Kurdish minorities.

Maliki said last week that he hoped to overcome the challenges blocking the formation of a new government after the new parliament's first session ended without agreement on the top posts of prime minister, president and parliament speaker.

The Iraqi military, backed by Shi'ite militias and volunteers, has yet to take back any major cities but is trying to advance on Tikrit, the late dictator Saddam Hussein's hometown in Salahuddin province.

The fighting is taking a heavy toll. The United Nations said last week more than 2,400 Iraqis had been killed in June alone, making the month by far the deadliest since the height of sectarian warfare during the U.S. "surge" offensive in 2007.

A senior Iraqi general was killed in fighting with insurgents close to Baghdad on Monday, as the army fights to hold militants back from the capital.

A few hours later, four policemen and three civilians were killed when a suicide bomber drove a minivan packed with explosives into a checkpoint in the mainly Shi'ite Kadhimiya district of northern Baghdad.

Top U.S. defence officials, who have deployed advisers to the region to assess the state of the Iraqi military, said last week the security forces were able to defend the capital but would have difficulty going on the offensive to recapture lost territory, mainly because of logistic weaknesses.

In the northeastern province of Diyala, where insurgents have been clashing with security forces, Shi'ite militias and volunteers for several weeks, Islamic State militants killed four civilians in the town of Udaim, a police officer said.

Under a governing system put in place after the removal of Saddam Hussein, the prime minister has usually been a member of the Shi'ite majority, the speaker of parliament a Sunni and the largely ceremonial president a Kurd.

Politicians criticised the parliamentary delay, but held others responsible.

Sunnis and Kurds blame the National Alliance, the Shi'ite grouping that includes Maliki's State of Law list, for failing to name a prime minister.

Most Sunnis and Kurds walked out of the last parliament, saying they believed the prime minister and president should be chosen along with the speaker as a package, not one at a time.

With parliament's session one day away, they had not been able to resolve the impasse, so the acting speaker postponed the meeting.

Sunni lawmaker Salim el Jabouri, head of the Diyala Hawiyyatuna list, told Reuters he was "astonished" and frustrated at the length of the delay.

"This issue cannot be settled by one party without agreement among the rest ... and no party has made up its mind concerning their nominee."

Shi'ite MP Haidar Abadi of Maliki's State of Law coalition said it also viewed the month-long break as a mistake.

"Although our military is doing well, we don't want to send a wrong signal to our military that there is political disagreement. It will affect morale."

He said that there would be "strong pressure" for a meeting before Aug. 12, the date set for the next session.

Maliki's bid for a third term as prime minister appears to be hanging in the balance. Results of April's elections initially suggested parliament would easily confirm Maliki in power for another term. The loss of the Sunni regions in the north has created an opening for Maliki's opponents, however.

Some within his own alliance are whispering about the need for him to step aside, although Maliki has stated publicly he will not give up his candidacy.

"The prime minister can't get the numbers as they stand now," a State of Law official told Reuters.

"If State of Law doesn't think Maliki can get the numbers, then (we) will put another name forward. As every day passes ... Maliki realizes this more and more."

Joining the chorus, Shi'ite Muslim cleric Moqtada al-Sadr on Sunday urged the State of Law coalition to withdraw its support for Maliki and choose another candidate.

The U.N. Secretary General's envoy in Baghdad, Nickolay Mladenov, said in a statement that he had received assurances from Iraqi politicians that they were willing "to seek agreement and find solutions to the current crisis".