Iraq's Nujaifi says to step aside so Maliki can go 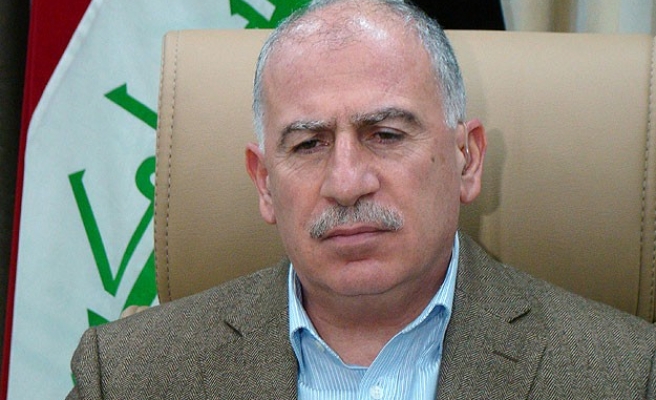 Former Iraqi parliament speaker Osama al-Nujaifi, a major political foe of Prime Minister Nuri al-Maliki, said he would not nominate himself for another term to make it easier for the Shi'ite political parties to replace the premier.

"I appreciate the demands of the brothers in the National Alliance who see that Maliki will insist on holding on to the premiership if I nominate myself for speaker of the Council of the Representatives," he said, according to a text of the speech published on his Facebook page late on Thursday.

The National Alliance is a bloc comprising the country's biggest Shi'ite parties, including both Maliki's list and his foes.

"Out of respect for them and in order to achieve the interests of the people and the country and to defend the oppressed and those who hold rights, I have decided not to nominate myself," said Sunni Muslim Nujaifi.

Iraqi politicians have been deadlocked over the formation of a new government despite pressure from the United States, Iran, the United Nations, and Iraq's own Shi'ite clerics to overcome their differences to face a major insurgency.

Sunni militants, complaining of marginalisation by Maliki's Shi'ite-led government and spearheaded by an al Qaeda offshoot, have seized swathes of Iraq's north and west in a sweeping offensive over the past three and a half weeks.

Yet the first meeting of Iraqi parliament since its election in April collapsed without agreement. Kurds and Sunnis walked out, complaining Shi'ite lawmakers had not yet determined who they would put forward as premier.

Maliki's opponents blame his divisive rule for fuelling the crisis and want him to step aside.

Under the governing system put in place after the United States toppled Saddam Hussein in 2003, the prime minister is usually a Shi'ite, while parliament's speaker is a Sunni and the largely ceremonial role of president goes to a Kurd.

Currently all three blocs are beset by internal divisions and have not decided on their nominees. Furthermore, each says it wants to see who the other side wants to nominate before naming its own candidate.