Iraq's cleric Moqtada al-Sadr on Sunday called on his followers to suspend attacks against U.S. troops to ensure they leave Iraq by a year-end deadline. 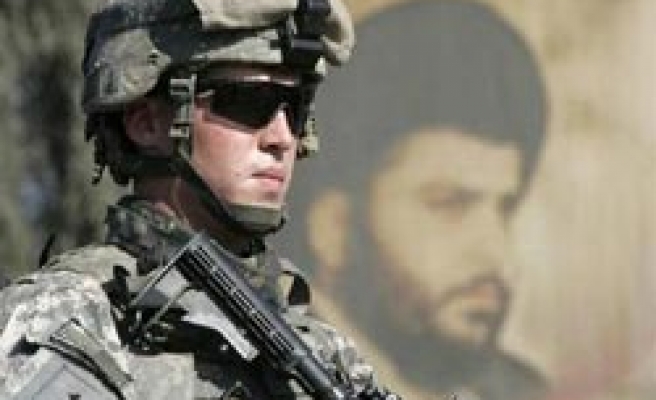 Iraq's cleric Moqtada al-Sadr on Sunday called on his followers to suspend attacks against U.S. troops to ensure they leave Iraq by a year-end deadline.

But the Shi'ite cleric, whose Mehdi Army militia fought U.S. forces until 2008, warned that if they did not depart on time, military operations would resume and be "very severe".

"Because of my eagerness to accomplish the independence of Iraq and have the invader forces withdraw from our holy land, it has become imperative for me to stop military operations ... until the invader forces complete their withdrawal," Sadr said in a statement read out by his spokesman Salah al-Ubaidi.

"If not, the military operation will start again and with new approaches, and it will be very severe."

American troops are scheduled to withdraw fully by Dec. 31, more than eight years after the 2003 invasion, but Iraq's leaders are currently negotiating with the United States on whether to retain U.S. "military trainers" beyond 2011.

Sadr warned last month that U.S. military trainers who stayed in Iraq after the end of the year would be targets. About 43,000 remaining troops are due to leave Iraq under a security agreement between the two countries.

While Sadr's Mehdi Army has for the most part been demobilised, U.S. officials say splinter groups have continued to attack U.S. soldiers.

Ubaidi said if the Iraqi government wanted, Sadrists were ready to secure the roads for U.S. troops as they depart Iraq.

Sadr's political movement is a key ally of Prime Minister Nuri al-Maliki in his fragile coalition mix of Shi'ites, Sunnis and Kurds.

He has in the past threatened to revive the Mehdi Army if U.S. troops stay, but Sadrist sources have said the militia is riven with splinter groups and internal divisions.

U.S. officials and Sunni Arab leaders accused the Mehdi Army of being behind many of the sectarian killings in Iraq after the 2003 U.S.-led invasion that deposed Saddam Hussein.