Iraqi cleric's supporters set up protest camps in front of the entrances of the restricted 'Green Zone', where the country's top institutions are located, a week ago to push for reforms 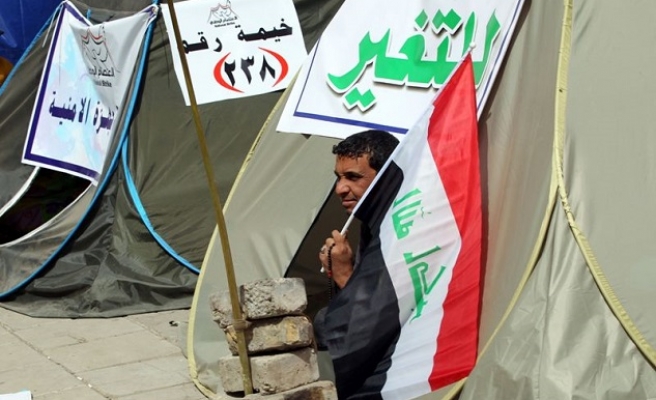 Iraqi cleric Moqtada Sadr on Friday urged Prime Minister Haider al-Abadi to propose a "convincing" reform package but hinted that further protests if he did not would remain non-violent.

In a speech read by another cleric, Asaad al-Nasseri, to thousands of supporters gathered in Baghdad, Sadr said Abadi should unveil a reform package on Saturday.

"I hope that on Saturday the prime minister comes up with reforms towards an independent government of technocrats that are convincing for the people," he said.

Sadr supporters set up protest camps in front of the entrances of the restricted "Green Zone", where the country's top institutions are located, a week ago to push for reforms.

The young Najaf-based cleric's movement says the sit-in is aimed at offering Abadi the kind of street power he does not have to overcome resistance to reforms from within his own political bloc.

But Sadr has also given Abadi a deadline to present names for technocratic cabinet and a fresh packages of measures to fight against corruption.

He said in his that he expected announcement from Abadi on Saturday but last month he gave the premier a 45-day ultimatum that expires on Tuesday.

"If he does not announce a reform package... we will adopt a different position, which we will announce on Saturday," Sadr said, in the speech read out by Nasseri.

"Our protests in front of the Green Zone will not be enough. All of this will use peaceful means," he said.

Both he and his supporters have threatened in recent weeks to storm the Green Zone, which is home to Abadi's office, parliament and many embassies, including the massive US mission.

The protest camps set up by Sadrists on March 18 were not authorised and they are under heavy surveillance from elite forces and police.

Sadr has also threatened he could pull his movement out of the government.