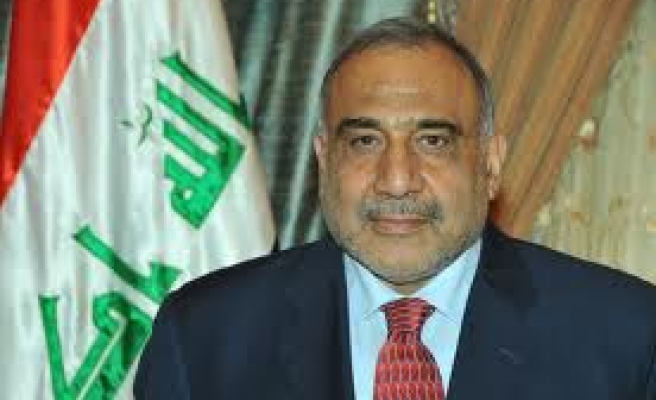 Iraq's Shiite Vice President Adel Abdul Mahdi has said efforts in the country to form a new government had proved unsuccessful to make "significant progress," adding that he welcomed efforts exerted by Turkey and some other countries to facilitate a new Iraqi government.

"There is no significant progress in efforts to form a new government. Sides are still exchanging views. We are holding on to our old positions and there is no remarkable change in the nature of our positions," Abdul Mahdi, told the Anadolu Agency in an interview.

Abdul Mahdi said Turkey, Iran, Syria and the United States were involved in the formation of a government in Iraq.

"Everyone is expressing view on government formation efforts, which we totally understand. Everyone wants to see how Iraq's future political map will be shaped.

We understand those concerns and we consider advices and consultations not as intervention into our internal affairs. We consider Turkey's efforts and role very constructive," Abdul Mahdi said.

Abdul Mahdi said Iraq's relations with Turkey "very good," adding that Turkey was "a big country in every aspect" in the region.