The city centre remains under the control of Iraqi government forces but outlying neighbourhoods have been seized by the fighters. 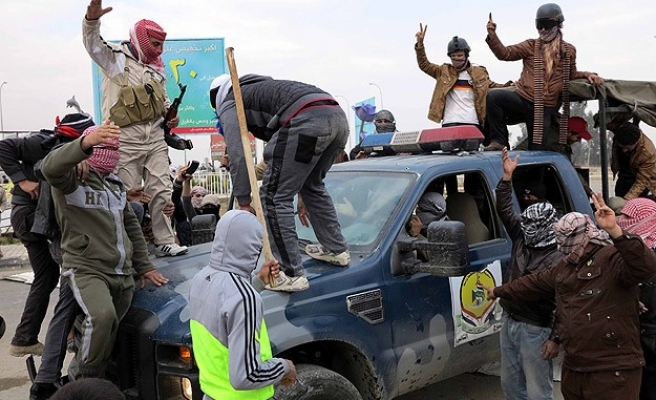 ISIL fighters attacked a government complex in the heart of Ramadi on Friday, local officials said, part of an apparently coordinated assault to seize full control of the provincial capital west of Baghdad.

Gunmen fired from rooftops at the buildings, which house the Anbar governorate building and police headquarters, while security forces and tribal fighters tried to prevent the militants from advancing.

Mosques broadcast appeals for reinforcements to prevent the Sunni militants taking full control of Ramadi, which would be a major setback for government forces after they broke an ISIL siege of Iraq's biggest oil refinery this week.

Most of Ramadi, about 90 km (55 miles) west of Baghdad, and the surrounding Sunni Muslim province of Anbar is already held by ISIL.

It also seized much of northern Iraq from the Shi'ite-led government in June, plunging Iraq into its worst security crisis since the overthrow of Saddam Hussein in 2003.

Air strikes by the United States and its Western and Arab allies since August contained an ISIL offensive against Kurdish forces but have not seriously challenged its control over much of Iraq's Sunni Arab territory.

In Anbar the group has continued to make advances, capturing the town of Hit last month. However in Salahuddin province, north of Baghdad, Iraqi security forces broke a months-long ISIL siege of Baiji refinery on Tuesday.

In Ramadi on Friday gunmen fired at the government complex from nearby rooftops, using the height of the buildings to get a clear shot at the area surrounded by concrete blast walls, said provincial council member Hathal al-Fahdawi.

"Mosques are asking anyone who can carry weapons to confront the attackers," Fahdawi told Reuters.

The fighting inside the city occurred as militants launched coordinated attacks to the east and west of Ramadi.

Fahdawi said ISIL fighters attacked the village of Al Shujairiya, about 20 km east of Ramadi, and also ambushed and killed a local police commander as he left his home on Friday morning.

Friday's attacks started around 3 am (midnight GMT), he said. Officials in the city also reported heavy clashes to the west of Ramadi and fighting to the north and south.

They came a day after a suicide bomber blew up a lorry on a bridge over the Euphrates near Ramadi, killing at least five people.