'We now believe that battlefield conditions are set for the ISF [Iraqi Security Forces] to push into the city,’ says Col. Warren 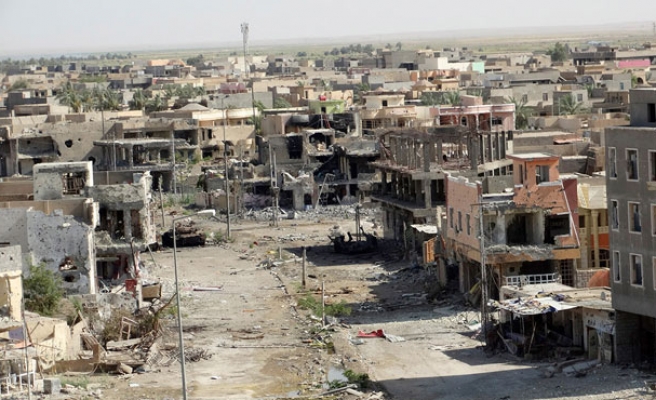 Iraqi forces trained by the U.S.-led anti-ISIL coalition have advanced 15 kilometers (10 miles) into Ramadi, encircling the militants holding the key city for months.

“We now believe that battlefield conditions are set for the ISF [Iraqi Security Forces] to push into the city,” said Col. Steve Warren, spokesman for Operation Inherent Resolve and Combined Joint Task Force. “There are four approaches into the city with Iraqi security forces occupying all four of those approaches and squeezing in.”

Warren told reporters in a video conference that Iraqi forces recently trained and equipped by the coalition have also been deployed around Ramadi.

Located 100 kilometers (63 miles) west of Baghdad, Ramadi has been under ISIL control since May. The Iraqi government has been strongly criticized by the U.S. for not taking decisive action against the militants in control of the Anbar capital.

Of those in Iraq, 292 airstrikes have been conducted around Ramadi, according to Warren.

In northern Iraq, he said peshmerga forces have retaken more than 400 square kilometers (250 square miles) from ISIL and liberated 23 villages.

He also added that since the beginning of May, U.S.  airstrikes have killed approximately 70 senior and mid-level ISIL leaders, including the group’s second in command Haji Mutazz and a senior ISIL operative, Junaid Hussain.