The Al Qaeda breakaway group Islamic State of Iraq and the Levant (ISIL) have started producing their own passports while carrying out of census of persons and property owners. 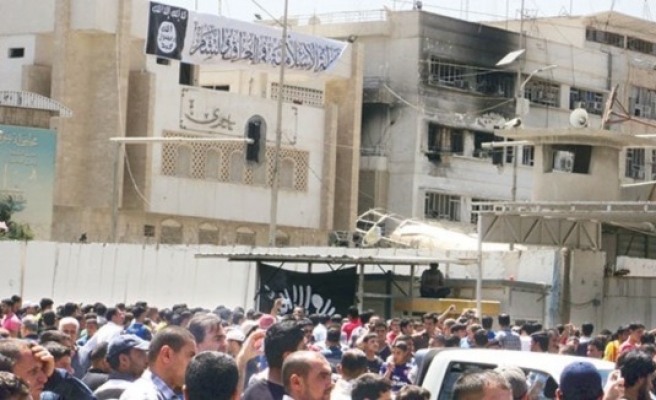 After capturing Iraq's second biggest city Mosul along with much of the Sunni Arab sotrongholds of northern Iraq in early June, rebels loyal to the Al Qaeda breakaway group Islamic State of Iraq and the Levant (ISIL) are establishing their authority after declaring an 'Islamic State' in the region.

On Friday, a man believed to be the ISIL leader Abu Bakr al-Baghdadi was filmed leading the Friday congregational prayers in Mosul's main mosque. Following the prayer, it is reported that he met with local defence staff for seven hours to discuss the systematic management of the city.

According to Turkey's daily Yeni Safak, the governor of Mosul ws changed three times during the meeting after disagreements withing the ISIL. At first a man simply code named as Abu Muslim was granted the post before it was finally given to an Iraqi Turkmen from Tal Afar called Fazil Ahmad al-Hiyali.

The newspaper also reported that Shiite Arabs, Turkmens, Kurds and Christians who have fled the city will have their properties confiscated if they do not return in one month. They have also started producing their own passports while carrying out of census of persons and property owners. So far, 11,000 passports have been handed out, with identification cards set to be produced next week.

The ISIL have also called on civil servants to return to their jobs and restore electric, water, municipal and telecom services.

In addition to that, the ISIL has commenced the destruction of Shiite places of worship and shrines of Muslim saints, as well as churches. Reports state that four Shiite mosques and six churches have been destroyed. They have not yet touched Ottoman and Seljuk landmarks, but sources say they may begin destroying those soon.

Yeni Safak claimed that Iraqi Turkmens were worried that should their main city of Kirkuk be captured, the ISIL may target the graves of Ottoman commanders who were martyred in the city. Turkmen tribal leader Haydar Ali Colak told Anadolu Agency that clashes between Turkmens and the ISIL because of the former's refusal to pledge allegiance had led to deaths and many Turkmens fleeing their homes.