Balad's mayor, Amir Abdul Hadi, confirmed that some of the Shi'ite militiamen were executed by ISIL near Balad and others were missing after Friday's battle 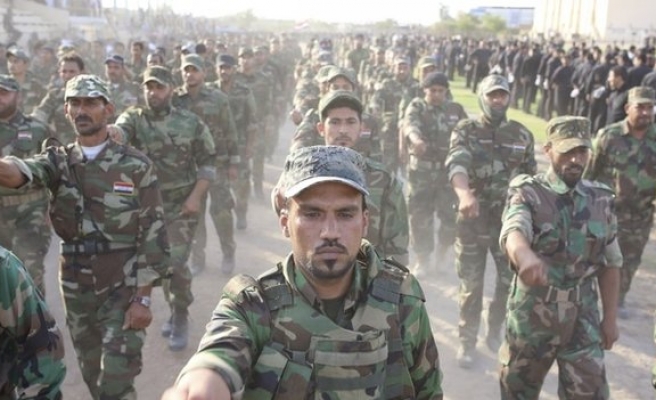 Army and police officials said Iraqi security forces and the Shi'ite militia fighters launched an attack on Friday against ISIL militants on Tal al-Thahab, near the town of Balad, 80km (50 miles) north of the Iraqi capital.

They managed to drive the militants from their base in Tal al-Thahab police station on Friday, but hours later the ISIL fighters returned and surrounded it, trapping dozens of security forces and militiamen inside.

"Supporting troops with cover from army helicopter reached the area and managed to break the siege. We have confirmation from our sources that 12 volunteer fighters were executed on Saturday by terrorists," said an army intelligence officer on condition of anonymity.

Sources at Balad hospital said they had received at least six bodies of militia fighters believed to have been killed in the first wave of fighting on Friday.

Balad, which houses a shrine to a revered Shi'ite imam, is one of several towns north of Baghdad which has seen heavy fighting between ISIL fighters, who control large parts of north and west Iraq, and Iraqi security forces and pro-government Shi'ite militia.

Security and local officials said more Shi'ite militia fighters were gathering in Balad to try to drive out ISIL militants from areas surrounding the town.

"We have asked the residents to stock food and basic material to prepare for an imminent military operation against the terrorists around Balad," one official said.

In the town of Tarmiya, between Balad and Baghdad, militants detonated a car bomb overnight at a security checkpoint before attacking with guns. Five police and three civilians were killed, security and medical sources said.