ISIL pulls out of town in Iraq's Anbar

'ISIL has completely pulled out of Rutba and gone towards Al-Qaim,' an army general says 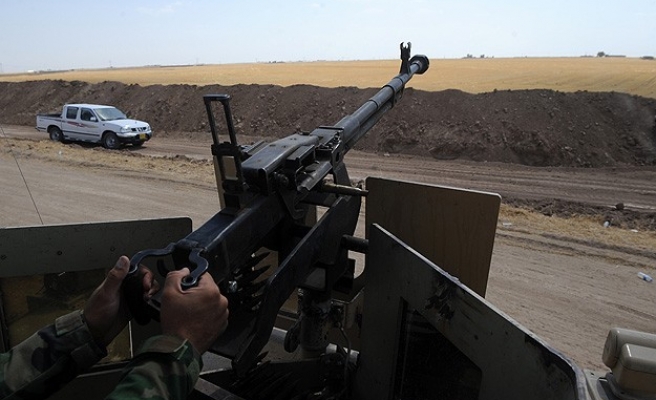 The ISIL group on Sunday pulled its fighters out of Rutba, a desert town in the western Iraqi province of Anbar, an army general and the mayor said.

"ISIL has completely pulled out of Rutba and gone towards Al-Qaim," a major general said, referring to a extremist bastion on the border with Syria, further north in Anbar.

"ISIL's armed men started pulling out last night and completed their withdrawal this morning," the senior officer said, speaking on condition of anonymity. "Rutba is now free of ISIL."

The mayor of the town, which lies about 390 kilometres (245 miles) west of Baghdad on the road to Jordan, confirmed that ISIL had withdrawn.

"ISIL has pulled out. They have no armed men there now," Imad Ahmed said.

"This withdrawal looks real, a consequence of their losses in Anbar, notably the retaking by the security forces of Ramadi, of areas east of Ramadi and the progress towards Hit," he said.

They have since been securing areas east of Ramadi, further isolating the extremist stronghold of Fallujah, which lies only 50 kilometres (30 miles) west of Baghdad.

The security forces are also currently working their way up the Euphrates, west of Ramadi, with a view to retaking the town of Hit.