The group, previously known as the Islamic State in Iraq and the Levant (ISIL) and also known as ISIS, has renamed itself "Islamic State" and proclaimed its leader Abu Bakr al-Baghdadi as "Caliph". 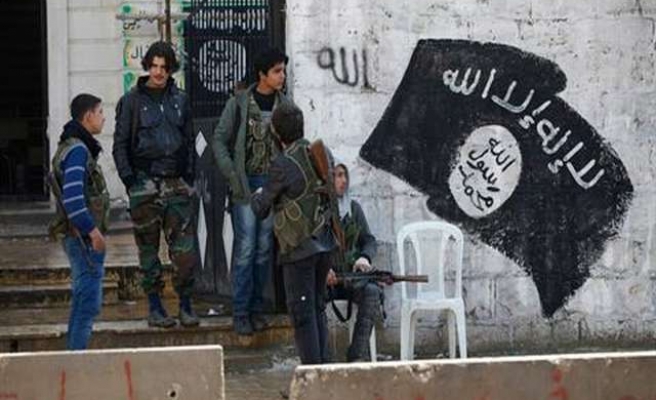 An offshoot of al Qaeda which has seized territory in Iraq and Syria has declared itself an Islamic "caliphate" and called on factions worldwide to pledge their allegiance, a statement posted on websites and Twitter said on Sunday.

The move poses a direct challenge to the central leadership of al Qaeda, which has disowned it, and to conservative Gulf Arab rulers who already view the group as a security threat.

The group, previously known as the Islamic State in Iraq and the Levant (ISIL) and also known as ISIS, has renamed itself "Islamic State" and proclaimed its leader Abu Bakr al-Baghdadi as "Caliph" - the head of the state, the statement said.

"He is the imam and khalifah (Caliph) for the Muslims everywhere," the group's spokesman Abu Muhammad al-Adnani said in the statement, which was translated into several languages and read out in an Arabic audio speech.

"Accordingly, the "Iraq and Sham" (Levant) in the name of the Islamic State is henceforth removed from all official deliberations and communications, and the official name is the Islamic State from the date of this declaration," he said.

"It is incumbent upon all Muslims to pledge allegiance to (him) and support him...The legality of all emirates, groups, states, and organizations, becomes null by the expansion of the khalifah's authority and arrival of its troops to their areas," the statement said.

Fighters from the group overran the Iraqi city of Mosul last month in a lightning action and have advanced towards Baghdad. In Syria they have captured territory in the north and east, along the frontier with Iraq.

In Syria, the group has alienated many civilians and opposition activists by imposing harsh rulings against dissent, even beheading and crucifying opponents, in areas it controls.

In Iraq it has been accused by rights groups of carrying out mass executions in the northern city of Tikrit and in Lebanon the group claimed a suicide attack at a hotel on Wednesday.

Islamic State also released a video called "Breaking of the Borders", promoting its destruction of a frontier crossing between the northern province of al-Hasakah in Syria and Nineveh province in Iraq, said SITE, which tracks their websites.

"I say to the Islamic Ummah (community): Now we are in Iraq. Allah, glorified and exalted ... smashed these borders, the borders of Sykes-Picot, and now the Muslim can enter Iraq without a passport," the video said, according to a transcript.

"Sykes-Picot" refers to the division of the Ottoman Empire territories in 1916 by Britain and France.