ISIL is waging an insurgency against the central government in Anbar, parts of which have become inaccessible to the Iraqi army and police. 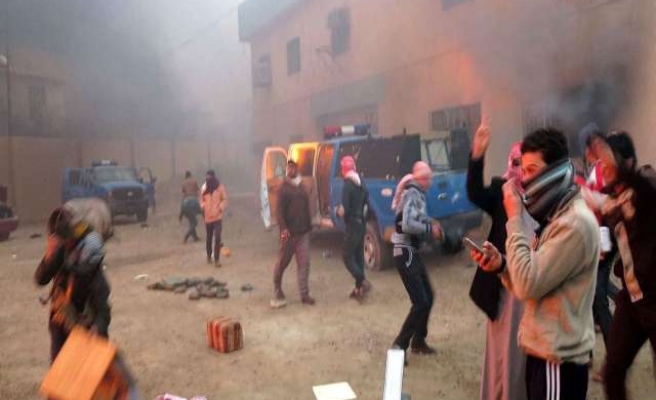 Rebels from the Islamic State of Iraq and the Levant (ISIL) on Saturday freed 1300 students from the University of Anbar, hours after they took them hostage, a province official said.

"All hostages left the campus and were taken to a safe place in Ramadi," Faleh al-Essawi, deputy head of Ramadi's provincial council, told Anadolu Agency.

He said that Iraqi security forces will give ISIL militants a few hours to surrender before storming the university building.

ISIL militants had earlier blown up a bridge near to the University of Anbar in Ramadi and stormed into the university.

Anbar has been stricken by gory tension for several months now initially between Sunni residents complaining of marginalization and the government.

The Iraqi army has launched a military offensive into the province to flush out militants belonging to ISIL from the Sunni-majority province.

Since the military offensive began last December, hundreds of civilians have been killed or injured and thousands displaced, according to government officials.

Iraqi Prime Minister Nouri al-Maliki has ordered the arming of tribes in the western province of Anbar to counter the rebel Islamic State of Iraq and the Levant (ISIL), an Iraqi lawmaker said Saturday.

"Tribes that fight against ISIL side by side with the army must be armed," Abbas al-Bayati, a member of the Iraqi parliament's security and defense committee, told Anadolu Agency.

ISIL is waging an insurgency against the central government in Anbar, parts of which have become inaccessible to the Iraqi army and police.

Apart from Iraq, ISIL has managed to control parts of Syria where they also wage a fierce dual fight against the Syrian opposition and the Syrian army.

Al-Bayati, a member of the State of Law Coalition, which is headed by al-Maliki, conceded that the fight against ISIL in Anbar "isn't an easy one".

"The movement won't end in Anbar because it has sleeper cells in other provinces," al-Bayati said.

Al-Maliki, whose term came to an end a few weeks ago, said his government would rebuild districts destroyed by ISIL rebels in the Anbar province.